Over the past year, AMD has been on a journey of exploration and discovery. We’ve spoken to and listened to many of our biggest fans, as well as those who support other products.  Through those discussions and feedback, we’ve been able to fine-tune our software and build new features to support the needs of gamers like you.  In 2019 we have introduced groundbreaking new features like Radeon™ Image Sharpening and Radeon™ Anti-Lag to help you feel more immersed and connected to your game, we released 43 day-0 game drivers to ensure you’ve got the best driver possible for your new game, and we’ve improved performance by up to 12% over the course of this year1; at the same time continuously looking for other ways to improve, overcome, and remove barriers.

Today we’re excited to release the all NEW Radeon™ Software Adrenalin 2020 Edition. Completely rearchitected from the ground up, this latest version of Radeon™ Software introduces a redesigned and reimagined interface that places hot, in-demand features at your fingertips.

The new Radeon™ Software experience is second to none. Our app has been completely reworked to provide you with a clean, modern and easy-to-use interface where you can quickly check your game stats, performance reports, driver updates, and much more - all from one convenient location. Access all your games directly from Radeon™ Software rather than trying to figure out which game store to start whenever you want to play your game. Get full functionality of our software directly in game by using the hotkey ALT+R.  Adjust your graphics settings from the full screen interface, stream content to the social media platform of your choice, or even browse the web for walkthroughs and tutorials using our new built-in browser. Once you enter your game, you don’t have to leave it.

Our Radeon Software App also has the ability to adapt to what you’re doing.  For example, if you’re on your desktop, the home screen that you see will be different from the one you’d see if you were in game.  Functions will appear that are appropriate for each scenario so you can easily take advantage of all the powerful features we have to offer.

We like to involve our community as much as possible, and one of our most user requested features over the course of this year was to implement integer scaling into Radeon™ Software. Integer scaling scales on-screen images from one pixel to four pixels (or more). With Adrenalin 2020 Edition, you now have access to this feature that delivers sharp, retro visuals so you can play your favorite classic games on today’s modern displays.

Turbocharge Your Game with Radeon™ Boost

The last thing you want to be, is bogged down when an enemy is firing at you. You need a system that is super responsive and fast so you can easily find and track down your target. Radeon™ Boost delivers that extra bit of performance and fluidity when fast motion via mouse input is detected. Radeon Boost dynamically lowers the resolution of the entire frame to allow for an average 23% increase in the performance of select titles, with little impact to quality2.

Last year, we unshackled desktop PC gaming by allowing you to stream your games from your PC to your mobile devices via your wi-fi connection so you could play your game almost anywhere at home. Starting with this release, you can now take your device on the road and as long as you have a connection to the internet, you can keep playing that same game while on a road trip or at the beach.  Available for free to download to your Android devices today and Apple devices on December 23rd.

Radeon™ Image Sharpening and Radeon™ Anti-Lag have also received some new updates for this new release, with expanded support across more products, (GCN-based Radeon discrete graphics and Ryzen 2000 series APUs and newer), as well as adding the option to enable these features globally across all titles, or on a case-by-case basis. For Radeon Image Sharpening, we’ve added support for Microsoft® DirectX® 11 games, along with the ability to control the degree of sharpness so you can tweak the setting to your desired levels, and for Radeon Anti-Lag, we’ve added support for Microsoft® DirectX® 9 games on pre-RX 5000 series graphics.

This blog barely scratches the surface of what Radeon™ Software Adrenalin 2020 Edition is truly capable of doing. Be sure to check out our companion blogs to this release that take you through the new performance tuning section, the new streaming capabilities and the ability to play PC games virtually anywhere in the world.

Warren Eng is the Product Marketing Manager of Radeon Software for AMD. His postings are his own opinions and may not represent AMD’s positions, strategies or opinions. Links to third party sites are provided for convenience and unless explicitly stated, AMD is not responsible for the contents of such linked sites and no endorsement is implied. GD-5

Testing conducted by AMD Performance Labs as of November 14th, 2019 on the 8GB Radeon™ RX 590 on Overwatch, Player Unknown’s Battleground, Rise of the Tomb Raider @ 1440p, resulted in a average increase of 23% in performance when quick user input via mouse detected with Radeon™ Boost enabled. Performance may vary. RS-326

Game streaming requires phone or tablet which supports Android 5.0 and greater or iOS 11 and greater. For TV support, Apple TV 4th and 5th generation running tvOS 12.x and greater, or Android TV 5.1 and greater are required. Streaming at 4K requires 4K capable streaming hardware and is compatible with: AMD Radeon™ GCN-based discrete graphics and newer. Supports Windows® 7 and 10. Game Streaming available anywhere there is a high speed internet connection. For local profiles, all devices must be on the same local network. For internet streaming to work, your router must allow port forwarding and your PC must not be behind a network configuration that hinders connectivity. Controllers must be compatible with selected game and headset, please consult vendor for compatibility information. 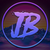 When i found about this 2 months ago it was the best thing ever it double my fps in games.

Please try to improve the ergonomics of the Adrenalin 2020 User Interface.
Adrenalin 2019 19.12.1 GUI/UI did not seem to  need much more work to make it ~ perfect.
Why was the change made?
Some features have been dropped that make no logical sense.
PCIe bus width and speed detection is broken.
Crossfire Profiles are missing for users still running DX11 Crossfire.
MultiGPU pairing options are missing for users with more than 2 GPU on their system.

Independent FRTC slider has been removed. FRTC cannot be used with Radeon Chill or Boost or AntiLag. So if people wish to game with in game VSync off, FreeSync Screen Tear. In game FPS Limiters not always available and don't always stop it.

Turning on Radeon Chill STILL kills Keyboard only Input FPS perfomance since it was introduced. AMD could easily fix that by adding a "chill perfomance mode" or allowing users to set certain Chill Parameters from the GUI/UI. This has been a problem since AMD purchased Hialgo and did first Chill implemation in Crimson Drivers.

Enhanced Sync - a feature you constantly promote is still causing games I run to freeze and crash.

Game Advisor in Adrenalin 2020 reports nonsense results. Garbage in = Garbage out. No user control to start Game Advisor so that the user can run a benchmark themselves at a particular point in time. This feature was available in Adrenalin 2019 19.12.1.

Can  AMD please talk with Microsoft to work out why Microsoft "AMD Driver Automatic Installer" still installs very old AMD drivers automatically.  FYI Adrenalin 2020 Installer does not detect and identify that Microsoft Driver and older Adrenalin GUI/UI has been installed.

Despite claims to the contrary, I need to use DDU to install AMD drivers. The new Adrenalin Installer does not solve installation problems.

Overclocking Performance Tuning resolution used to be 0.5% - it is now 1%. Why?

Why does the AMD Driver include an integrated WEB browser. What are the security and tracking implications of that?

Why does Radeon Pro Software for Enterprise force usesrs of Radeon GPU to use the new Adrenalin 2020
User Interface and not the old Adrenalin 2019 19.12.1 style GUI/UI?

I have many more questions but that is plenty for now.

I can no longer provide bug reports to AMD as I object to no opt out to data trawl from the new Bug Reporting tool and ability to report on web form is gone and is ignored unless you use the very latest drivers anyhow. In addition - no feedback or Bug reporting case system.