The AMD EPYC 7401P is awesome for single-socket servers. If you are thinking about single or dual Intel Xeon Silver 4116 CPUs, there is no question the AMD EPYC 7401P is a better value from a performance perspective. This value proposition is strong because AMD specifically targeted the market with the P variant. If Intel dropped Xeon Silver 4116 pricing to $700 a dual socket system would be a lot more competitive. As it stands, your CPU cost is $900+ more (over a $1075) to get somewhat competitive performance from Intel. The AMD EPYC 7601 is a beastly CPU and the EPYC 7351P is a great value. If we had to pick the most competitive part AMD has, it is the 7401P hands down. There is no competitive part in the market for what the AMD EPYC 7401P has to offer. 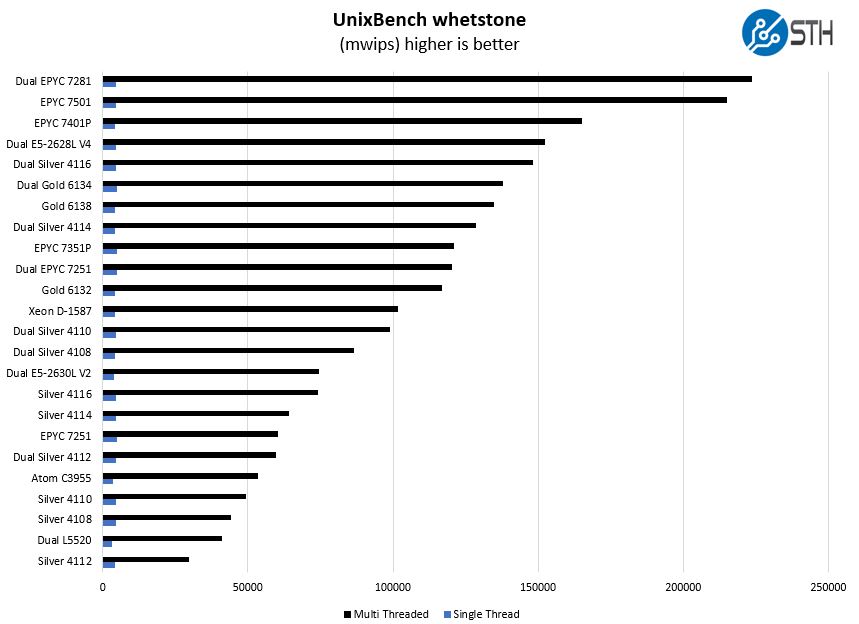 Plus, look at this, talk about high bandwidth storage.

Key to this system is that it supports 24x NVMe U.2 NVMe SSDs without using Broadcom PLX PCIe expanders. That is 96 lanes of PCIe 3.0 directly from a single SKU. One of the key advantages AMD EPYC has is that a single EPYC CPU can use 128x PCIe lanes, the same number as the dual socket configuration. Tyan has responded to this opportunity by offering a single-socket system that can handle 24x NVMe drives plus have I/O available for 10/25/40/50/100GbE. 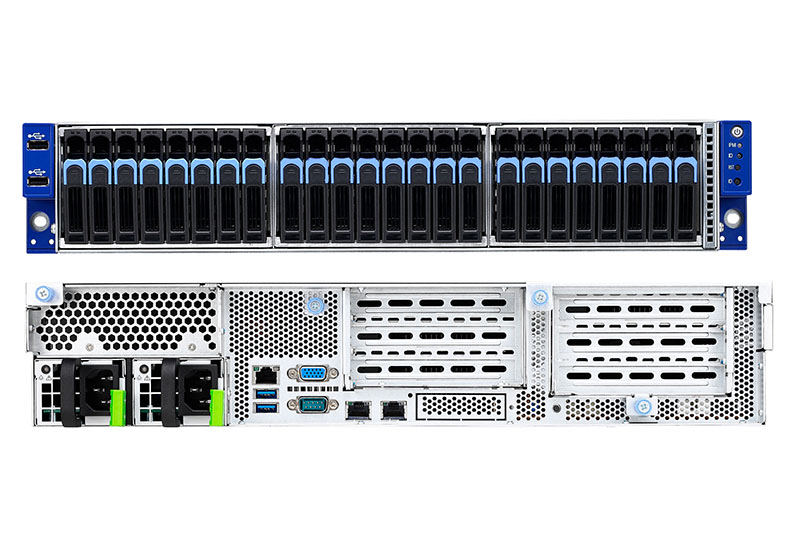