Because the previous thread is not getting attention from Admins, and after my requests to have the 'Assume Answered' has also been ignored, I am creating this with further information and the current status of the current problem.

I have attempted to resolve micro stuttering in games, and some applications, for over a year since building this system. It has been occurring since day 0.

I have attempted fresh Windows 10 (varying builds) and Linux Mint installations over several disks (mostly SSD's, but also HDD's), and do this every time I have replaced/upgraded a component in an attempt to resolve the issue.

I have changed every component at least four times, and in some cases more.

Each time I have added/replaced/upgraded a component, I have initially tried it on the original Windows 10 install, also the original Linux Mint install, and then on new SSD's installing each (you can see how much money this has cost me to try and resolve this).

I have sufficient PSU Corsair RMx 650W, and have tried the Corsair RMx 550w, and 2 different Corsair TX 550w.

I have tried all the varying XMP profiles, and stock speeds, adjusted speeds, increased and decreased latencies for the RAM.

I have tried 4 x ASRock AB350m Pro4, and 1 x Gigabyte DS3-H, with all the different BIOS available.

I have updated SSD firmware.

I have tried Microsoft, and AMD drivers for components and peripherals.

I have tried different peripherals.

I have tried with and without monitor software.

You can clearly see the frametime spikes here that correspond to a 'stutter', sometimes freezing for up to 500ms, sometimes, less. It is very unpredictable. 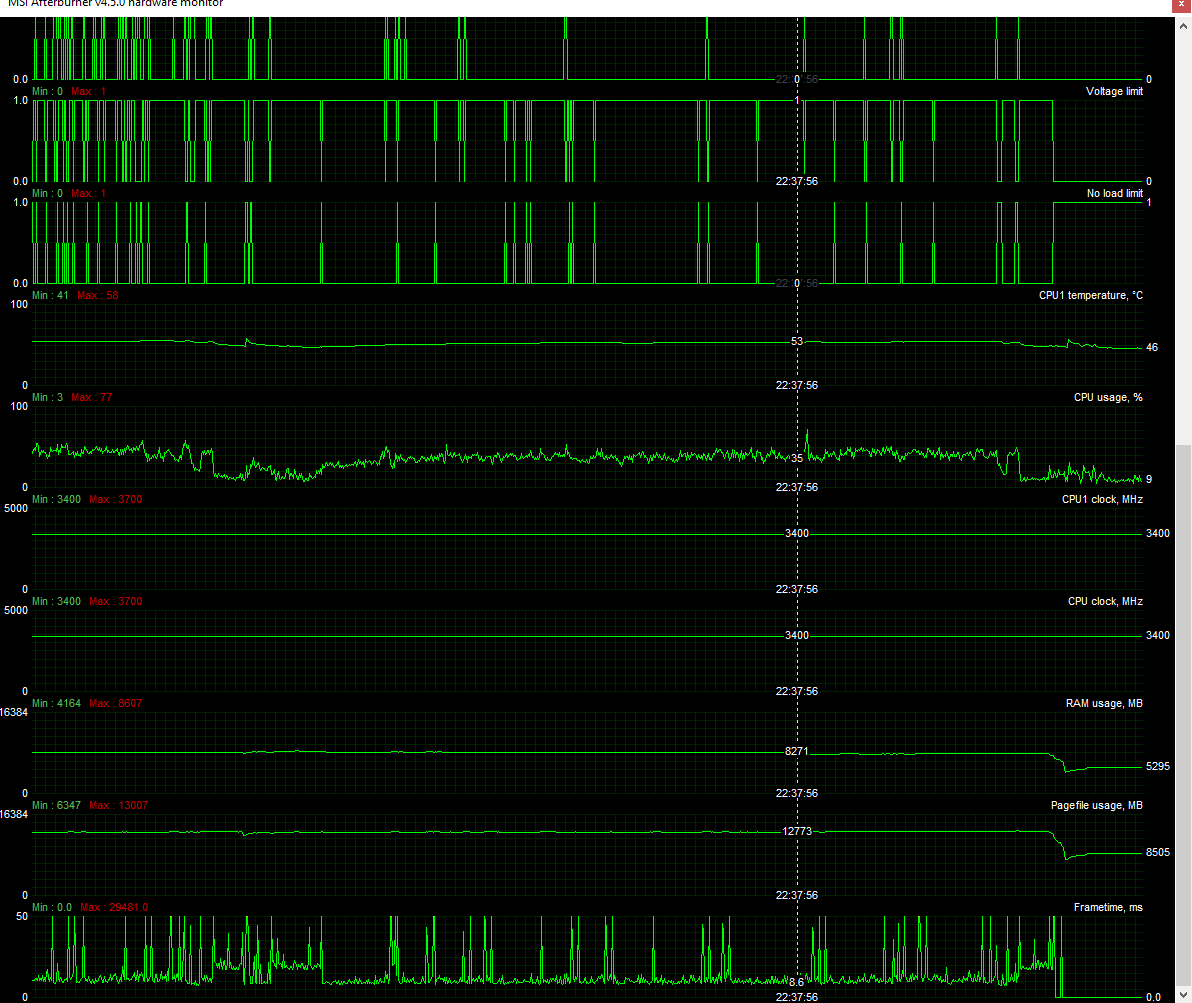