Well, the Linux drivers reference Navi as GCN, but AMD stated in their investor's meeting, as seen in the below slide, that Navi will be "all new GPU architecture", which means it cannot be a derivation of GCN. 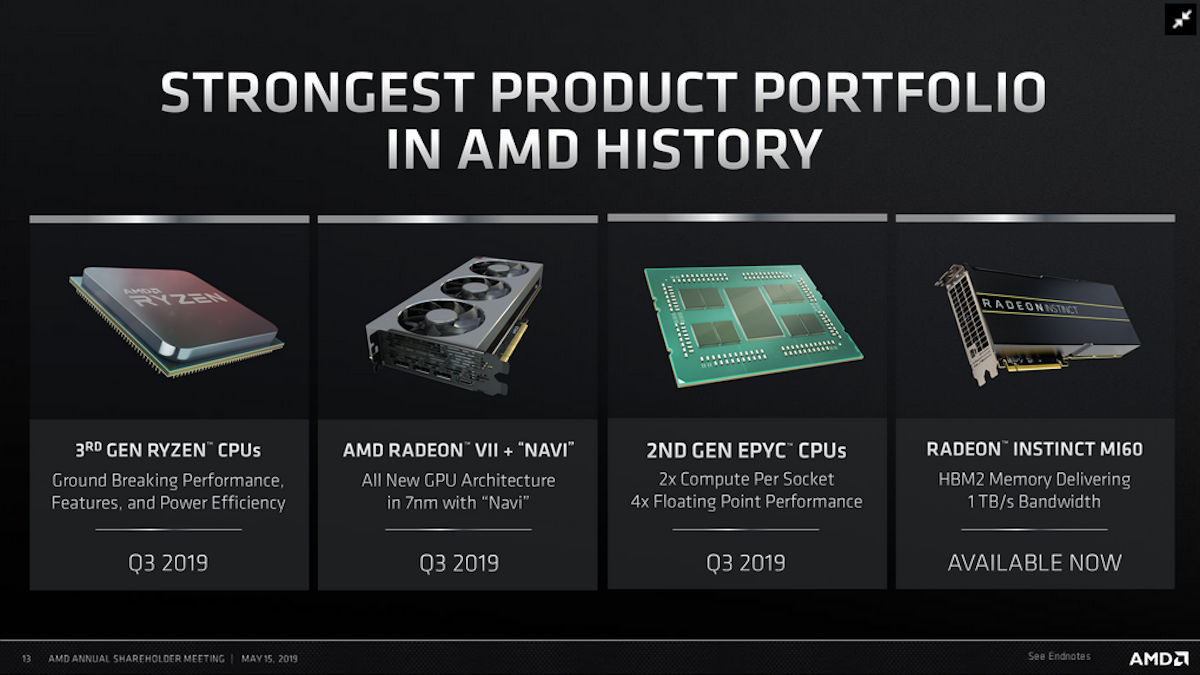 You have to be careful not to infer too much.  Sometimes new, doesn't really mean "new".

Think the keyword though is "all". I doubt Lisa Su is stupid enough to put out another, comparatively, inferior video card, especially in the face of nVidia slapping AMD's 7nm process.

In this case, I absolutely agree.  When someone sees the phrase "all new", that usually can only be interpreted one way.  I did see that Vega VII continues on in the enthusiast stack for this year, so the initially Navi releases will likely fall in below that.  That is pretty much in line with what the rumor mill has been speculating.  Looks like the standard Vega's and Polaris are both being replaced, which means anywhere up to RTX 2070 levels of performance.

Guess we'll see what the price and thermals look like.

Aye, though it's not unusual for the next generation's midrange cards to be as powerful as the previous generation's high end. It doesn't help that nVidia decided to focus more on dedicated ray tracing with the current series than upping the performance figures. Plus as I've said before, RTX 2070 levels of performance are only Vega 64, and to exceed them is Vega VII. If AMD is able to just truly refine the Vega base, half its power consumption, and half its price, I don't think anyone would complain it's a rehashed GCN. Between GDDR6 and a more mature process node, that cuts prices, while the Radeon VII serves as a working prototype, Raja's failure.

I think a lot of people hear GCN and they think the underlying hardware is somehow similar, which in this instance doesn't have to be the case.

We'll find out in 3 months. Though Lisa Su is supposed to unveil Navi and Zen 2 in a few weeks, supposedly August 19th is when the full details will be revealed.