Some Windows 10 users may get the error message "A driver can't load on this device" currently that may prevent devices from working properly on the device. Windows 10 may throw the error when a driver is installed manually on a device running Windows 10.

Manual driver installations may happen through Windows Update but also by downloading drivers or entire driver packages from manufacturer websites or third-party sites to install those. Popular third-party drivers are Nvidia and AMD video card drivers, drivers from sound adapters, or drivers that add printing or connectivity functionality to the device.

Tip: Microsoft is working on improving third-party driver support and controls that manufacturers have.

Microsoft published a new support article under KB4526424 that provides details on the issue and two suggestions on how to fix the issue.

A driver can't load on this device

You are receiving this message because the Memory integrity setting in Windows Security is preventing a driver from loading on your device.

Microsoft notes that the Memory Integrity security feature may prevent drivers from being installed correctly on Windows 10 devices. The company recommends that administrators try and find an updated driver that may not have the issue. Updated drivers may be offered via Windows Update or provided by manufacturers of the device.

If that is not possible, because there is no driver that is more recent than the one that fails to install, Microsoft suggests that administrators disable the Memory Integrity feature on the system. 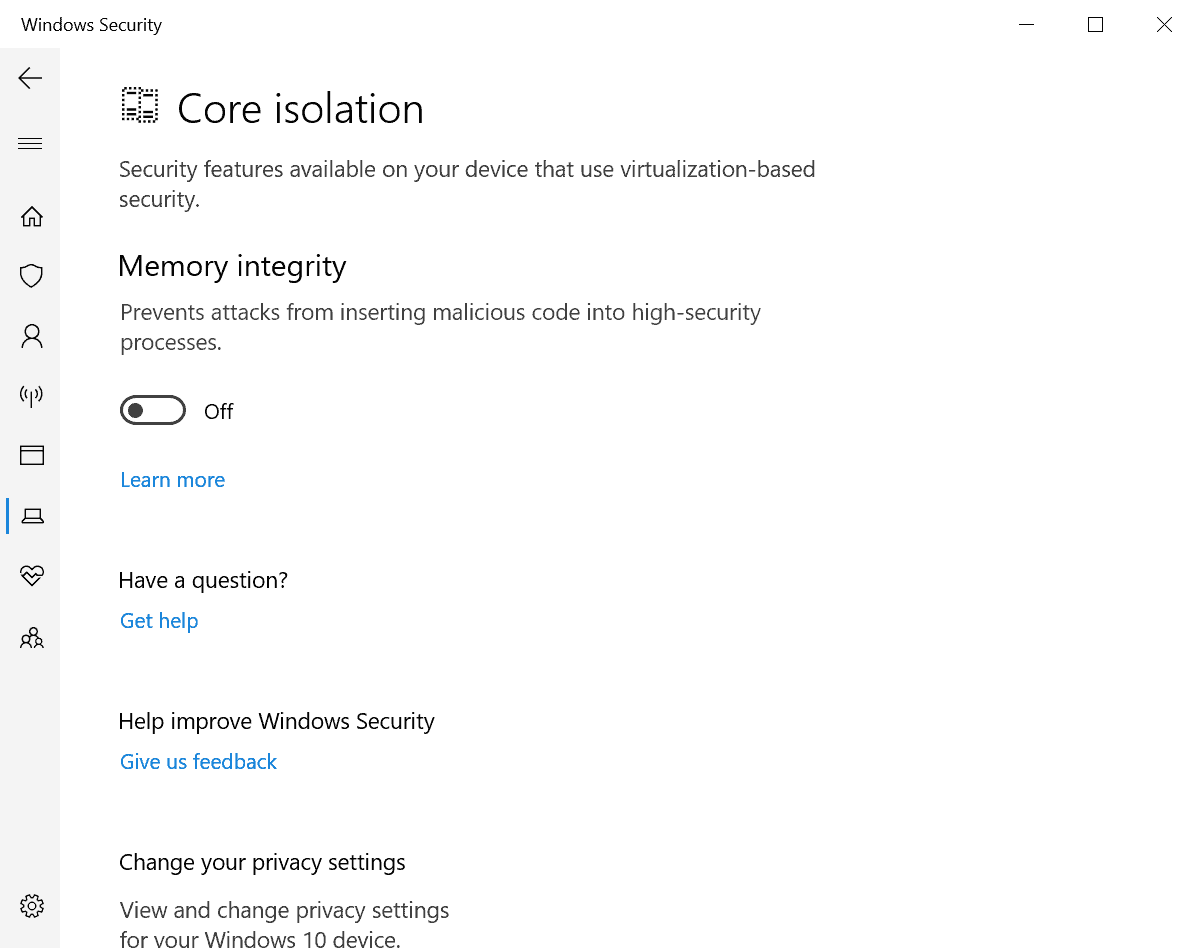 Here is how that is done:

Microsoft notes that a security issue in the driver, which could be minor, might prevent it from being loaded in first place. The company advises users to get an updated driver if possible before the second option, the turning off of Memory Integrity, is considered.