Devices with Windows 10 version 1809 may take a prolonged time (60 seconds) to shut down or enter sleep mode because of a newly discovered bug.Microsoft employee Philip Froese confirmed the bug on Microsoft's Tech Community website.

Froese notes that the issue may cause a 60 second delay when shutting down or putting the system to sleep if USB Type-C devices are connected to the Windows 10 devices. 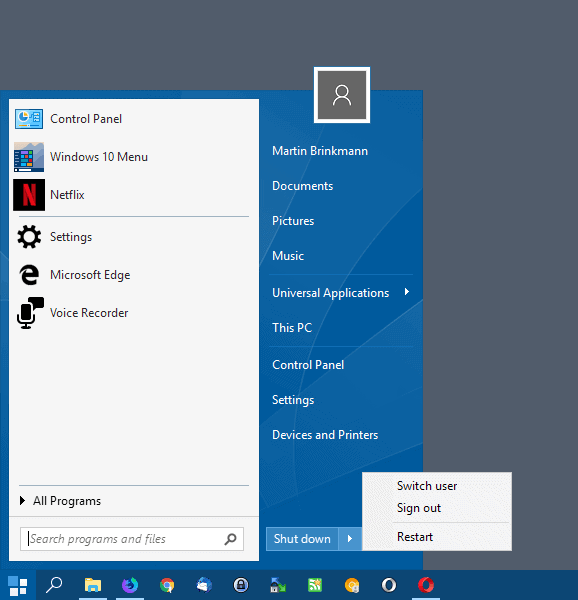 A bug in the USB Type-C Connector System Software Interface (UCSI) software implementation in Windows 10, version 1809 can cause a 60 second delay in the system sleep or shutdown process if the power-down happens while the UCSI software is busy handling a new connect or disconnect event on a USB Type-C port.

The issue does not affect the functionality of the USB Type-C port on the device; both system and ports should function normally on the next start of the system.

Apart from the extra one minute the sleep or shutdown process takes in this circumstance, this bug does not affect normal functionality of USB Type-C on your machine. The system and the USB Type-C ports should continue to function properly after the next wake or restart of the system.

The issue has not been added to the list of known issues for that particular version of Windows 10 yet. The last issue on Microsoft's Doc page for Windows 10 version 1809 was added on June 21, 2019. It describes an iSCSI-based SAN connection issue.

Froese did not reveal when Microsoft plans to release a fix for the issue (it is certain that it will get fixed). It is also unclear why only Windows 10 version 1809 is affected by the issue and not other versions of Windows 10.

The only options that users have who work on affected devices is to either disconnect USB Type-C devices from the device before shutting down the device or entering sleep mode, or to take the hit and wait the extra 60 seconds. (via Deskmodder)

Windows 10 version 1809 was one of the buggiest Windows 10 releases since the initial release in 2015. Things have calmed down a bit but it took months of fixing to resolve most of the major bugs that plagued users who upgraded early to the version of Windows 10.