Looks like they are getting better. It is absolutely abysmally slow when doing a full scan, literally taking all day which is likely where its 5.5 performance rating comes from, and I've read that the long delay when opening folders containing gigabytes of files or hundreds of files is related to Windows Defender chugging along while it scans, but with a perfect detection rate, and, although not mentioned in the article, an integrated file locker to help defend against ransomware, it is a potent free solution. The only thing I don't like is that it cannot create a secured bootable partition in the event malware does lock you out of Windows, but those kinds of malware are really the domain of Malwarebytes and Spybot S&D.

Windows Defender offered flawless performance in the protection against 0-day malware and the detection of widespread and prevalent 4-week-old malware. All samples were detected and blocked by Microsoft’s antivirus in both the July and the August tests.

When it comes to performance, Windows Defender impressed in all but one tests. The app’s impact on system performance when launching popular websites, downloading files, or starting apps is lower than the industry average, but on the other hand, it reached higher figures in the case of installation of frequently-used apps.

As for usability, Windows Defender obtained nearly flawless results here too. It generated zero false warnings or blockages when visiting websites, and just a single false detection of legitimate software as malware during a system scan. This only happened in the August test, while in July, its performance was flawless.

AV-TEST now lists Windows Defender as a top product and it offered the antivirus its certification, which does nothing more than to highlight how advanced Microsoft’s solution has become. 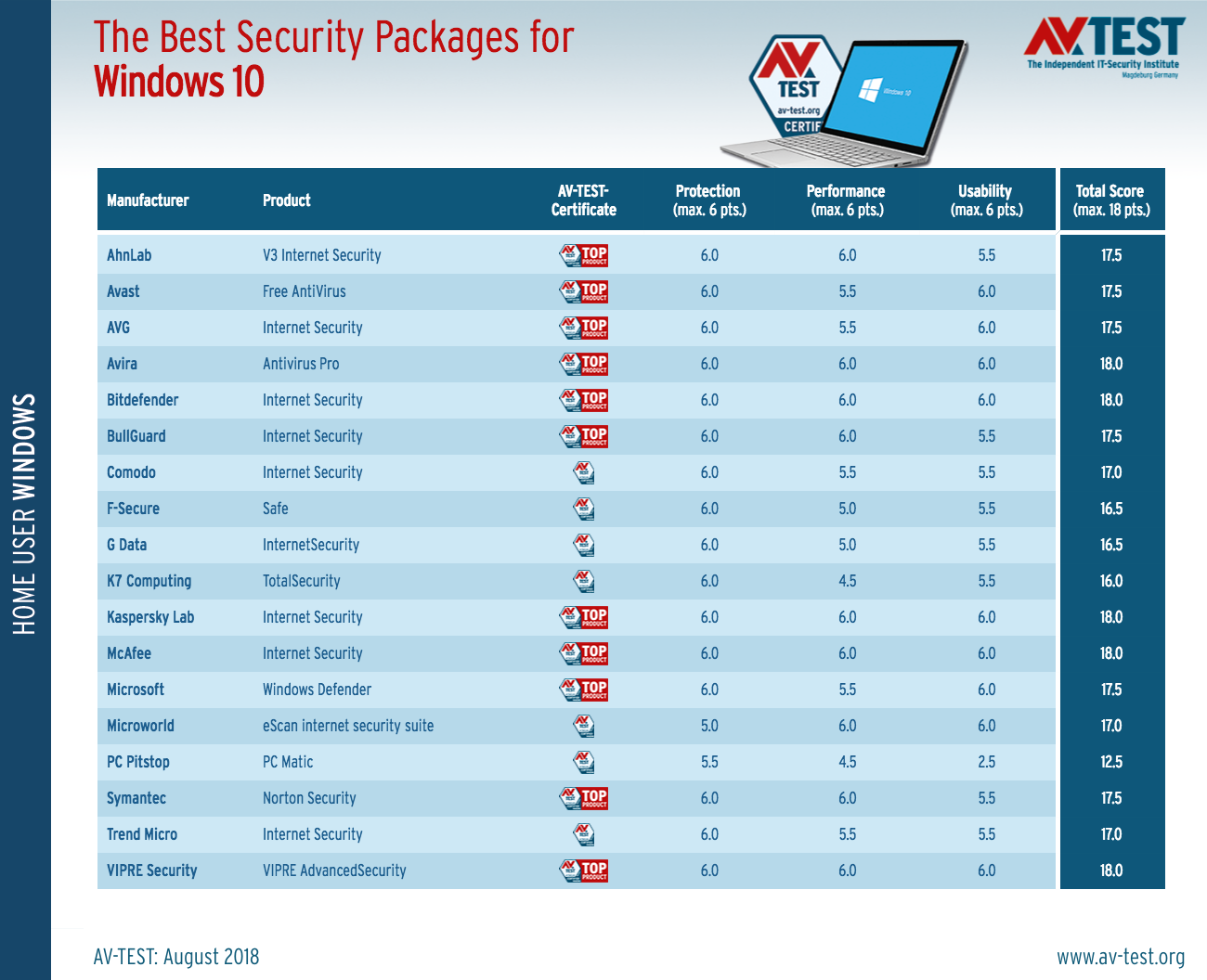