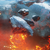 That's normal... You're bottleneck is simply somewhere else, GPU won't run 100% all the time.

No. Nvidia hasn't really pulled the rug from under RTX 3090 owners here at all. It's simply filling the void between the RTX 3090 and 3080 both.

In games using directx 12 and vulcan, there will be no problems, in games on directx 11 and below, the video card will be underloaded, but not everywhere, depending on the complexity of the scene, take the same game: immortal fenyx rising, in the open world FPS and loading rx6000 or rtx3000 video cards in the region of 70-80% even in 2k resolution, but as soon as you go down into the dungeon where there are few small details and textures (polygons), the maps will work at full (they will not be limited by the directx api itself 11, and the central processor) The same thing happens in assassins creed odyssey (origins), but not in Assassin's Creed: Valhalla since there is direct 12 (it can draw very very many polygons of textures). Also, AMD software, namely Adrenaline, does not correctly read the load from the video cards, msi afterburner does it correctly (but you need to activate the universal GP load monitoring mode in the settings beforehand). This is evident in all far cry games except part 6 there is directx 12 if I'm not mistaken)

I agree with your response, it is likely that OP is experiencing this in a DirectX11 or OpenGL game. But, from my experience this issue is more pronounced on Radeon GPU's than Nvidia GPU's in DirectX11, half of the time by drastic margins.

AMD Radeon does benefit more than Nvidia in games that are implemented with DirectX12 from scratch, but games that wrap DirectX12 over DirectX11 (Deus Ex Mankind Divided, Total War Warhammer, ~Serious Sam 4) perform even worse than their DX11 counter-parts on Radeon.

Edit: as far as my reading went on this over the years, it is apparently due to AMD not supporting command lists in DirectX11, whereas Nvidia does, but AMD does support context switching in DirectX11 from what I remember. The gist of it is, that DirectX11 is for the most part single-threaded due to Radeon Drivers, whereas Nvidia does very good multi-threading of the DirectX11 runtime/driver by allowing other CPU cores to build draw-calls and link them to the main submitting CPU thread, whereas Radeon drivers has one CPU core building the draw calls and having the same core to submit them to the GPU.

Yes, that's right, and nvidia helps with this with their cuda cores + optimization by the manufacturer with drivers, I think so))

thank you but warzone not DX 12 ?!?!? because i have this problem at warzone ,Of course we don't forget that warzone 40g update and coming 40 bug to game but at humankind that vulkan and control that DX12 100% use

I know this is frustrating, but as long as you are not dropping below 60FPS (this happens to me in Unreal Engine 3 DirectX 9 games, which AMD has broken since after 17.7.1 where I get 20-30FPS with 10% GPU utilization where I used to get 80FPS and they have not fixed it for 5 years after hundreds of reports). But, I am guessing you always get above 80FPS with that configuration.

Furthermore, 165Hz is already very-very smooth and responsive, even with VSync enabled. What I would suggest if I had that system, set Chill Min = 100FPS & Chill Max = 100 or 120FPS and set Frame Rate Target Control = 100 or 120FPS and enable Enhanced Sync for the game.

With frame-rate higher than 80FPS you can rather do things to improve input response than to aim for higher FPS (you do not always need higher FPS to get better input response) which is also why AMD developed Radeon Anti-Lag. Therefore, as an alternative to the above you can set FRTC = 120, Enable Anti-Lag and Enable Enhanced Sync. You should also get very good input response then.

@Geforsikus_2021yes Cuda Cores are just the name Nvidia gives to the cores on their GPU, just as Radeon names their cores Stream-processors. Furthermore, AMD also adapted hardware accelerated physics with their development of stream processors years ago, but only some games have used them (For example, Tress FX in Tomb Raider and Deus Ex are AMD's "hairworks", and I think Deus EX MD also does some cloth physics on GPU). Apparently, Radeon supported their own type of PhysX through OpenCL, but unfortunately game Devs did not use them:

Just wish AMD could improve older DirectX11 performance and after 5 years fix the Unreal Engine 3 DirectX9 bug they have reintroduced.