All models are 4C/8T and will have CPU, GPU, and HBM2 directly on the chip

Traditionally there's been a sizable performance gap between systems using integrated graphics compared to systems with a dedicated GPU, especially on Intel's Core CPU lineup which has been dominating desktops and laptops for a long time. With Intel's newest launch, built-in graphics performance is about to get a lot faster and they've partnered with rival AMD to do it.

The new Kaby Lake G processors are built on the 14nm process and is essentially carry three separate chip dies on a single package. Each processor will have an 8th-gen CPU, a custom RX Vega M GPU, and 4GB of HBM2 memory. The three components are directly linked together to deliver improved performance and all models will come with 20 PCIe lanes. Of these, four will be used to connect the CPU to the chipset, eight will be dedicated to linking the CPU and the GPU, and the remaining 8 are available to the user for additional peripherals. Moving over to GPU specifications, the Vega chip will come with up 24 compute units and up to 16 render back end units. This allows for calculations of up to 64 pixels per clock cycle. The CPU, GPU, and HBM can all be overclocked independently and can share power with Intel's "Dynamic Tuning" capability. Intel lists support for 9 display output as well as 6 displays, so we'll have to wait for clarification on that regard.

The new CPUs will be available on both i5 and i7 lines and all will be 4 core, 8 thread models. The GL variant is the lower tier and is aimed at light gaming and content creation. It will have 20 compute units, up to 8MB of cache, a memory bandwidth of 179GB/s, and a total TDP of 65 watts.

The more powerful GH line is centered on gaming and will feature 24 compute units 8MB of cache, a memory bandwidth of 204GB/s, and come in at a higher TDP of 100 watts. For performance numbers, the GL line will generally come in slightly faster than a GTX 1050 and the GH line will be just slightly above a GTX 1060 which is damn impressive. 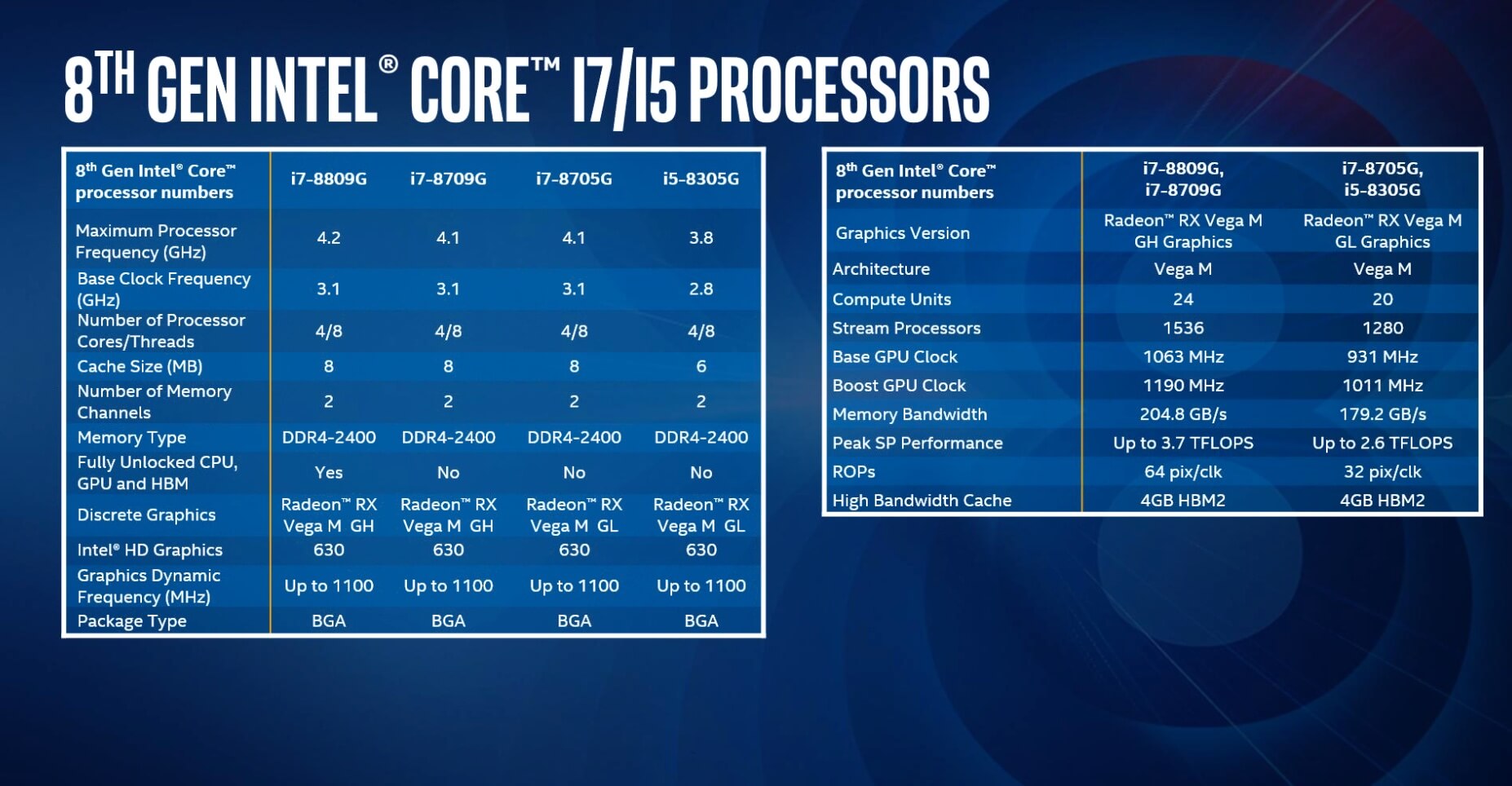