My computer is permanently micro-stuttering (I specify "permanently" because it's not caused when I play a game or anything. I start my PC, hover the pointer on the screen and it freezes for like 1 second every couple of seconds).
The sound keeps playing normally, so it's not a processor's issue, only a video matter.
Also, the screen looks pretty dark, as if the contrast was too high.
My theory is that there might be something wrong with the display drivers (AMD Radeon HD 8400 / R3 ), since when I unable/uninstall them, it gets fixed. Apparently the computer works well with the default Microsoft display drivers. The colours looks fine with it too. But I can't do anything with those, besides watching videos or scroll through facebook. I need those drivers to use photoshop or play games.

I posted about this issue in microsoft forums, they just told me to re-install the drivers (very useful thanks 10/10) and ultimately, when that didn't work, they sent me here.

So, this is all the data I could get:

Sorry, it's in spanish, I know, the most important thing is that this is the only ERROR detected by the computer I could find. The event ID is 411, this is why I think the Radeon HD is causing the problem. 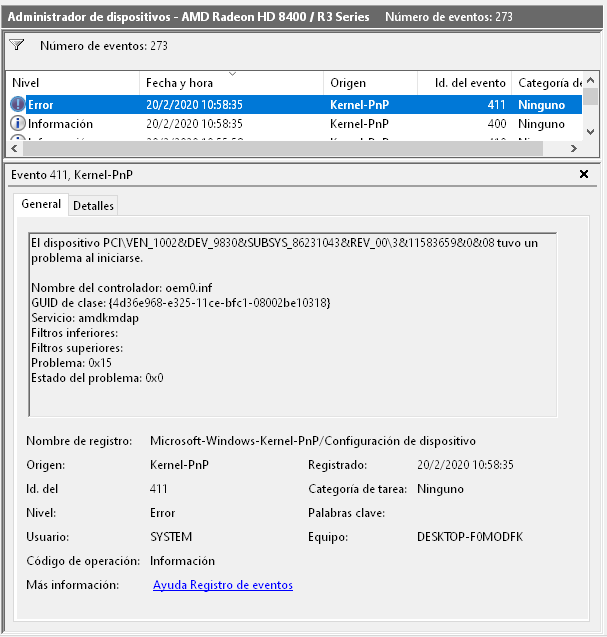 The device manager says it works properly, with no errors detected. I tried upgrading my drivers with the device manager, also downloading them directly from the AMD support page, and nothing. even a clean install using the Display Driver Uninstaller.

Here's more info you may need: 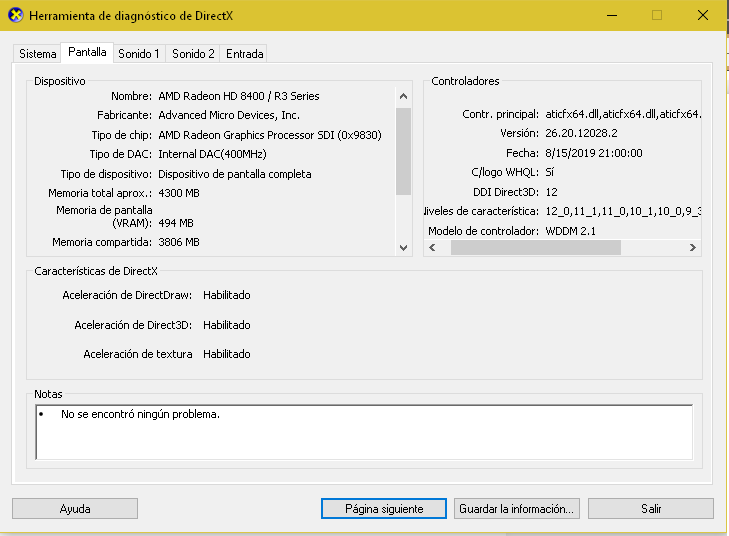