Microsoft released KB4497935 to the Release Preview Ring and the Slow Ring on May 24, 2019. The cumulative update for Windows 10 version 1903 fixes several known issues in the operating system including some that prevented systems from being upgraded to that version of Windows 10.

The update has not been released yet for Stable clients but downloads are available on third-party sites such as Deskmodder. We recommend that you wait with the installation unless it is really critical to get the update as early as possible.

The stable release is unknown at this point in time. Microsoft could push it out before the June Patch Tuesday update for Windows 10 version 1903, or as part of that update. 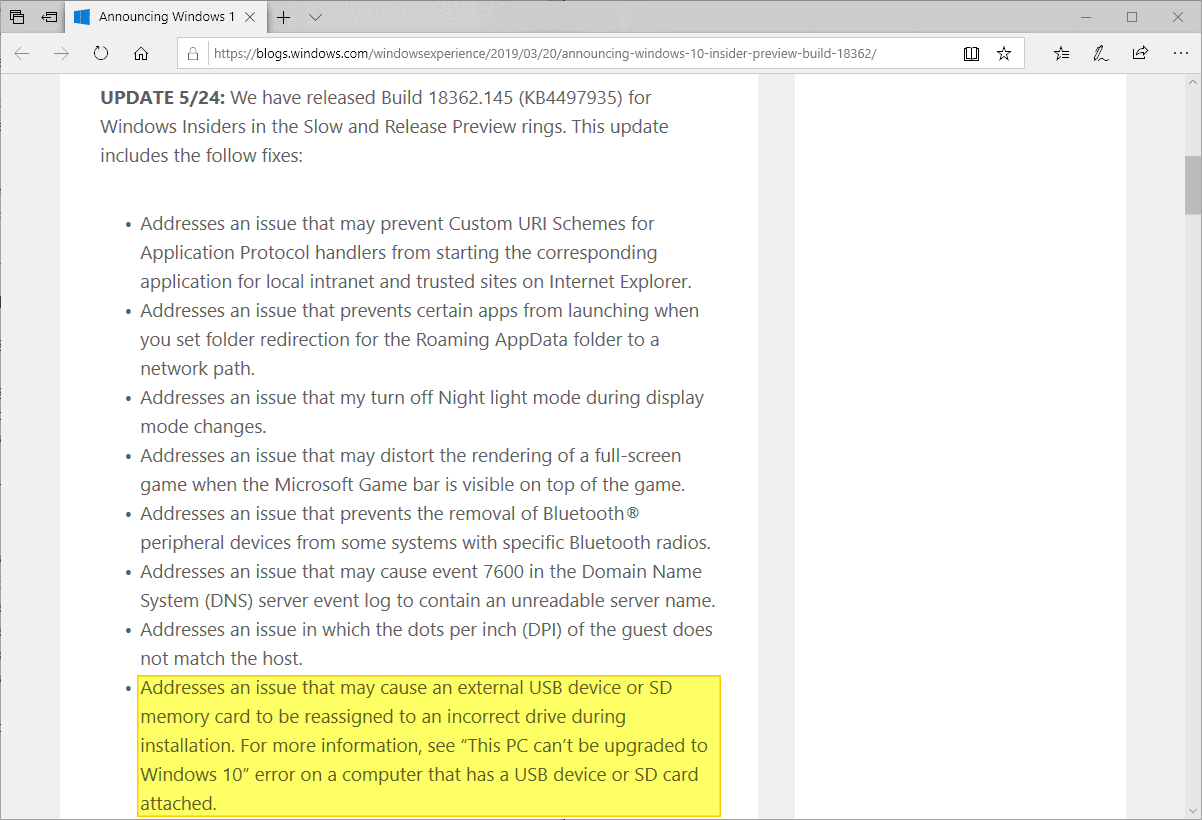