Yuri Bubliy, also known as from 1usmus from the Ryzen DRAM Calculator posted on his Twitter feed that upcoming processors will support memory at a speed of 5,000 MHz.

A few days ago more specs already leaked indicating that a 16-core version indeed is in the works for AMDs 7nm fabricated processor line. He states that Ryzen 3000 could be able to manage very fast DDR4 memory, even up-to 5000 MHz. While that is a super high (and expensive) DDR4 memory clock frequency, we do know that Ryzen always has preferred fast memory for a multitude of reasons. 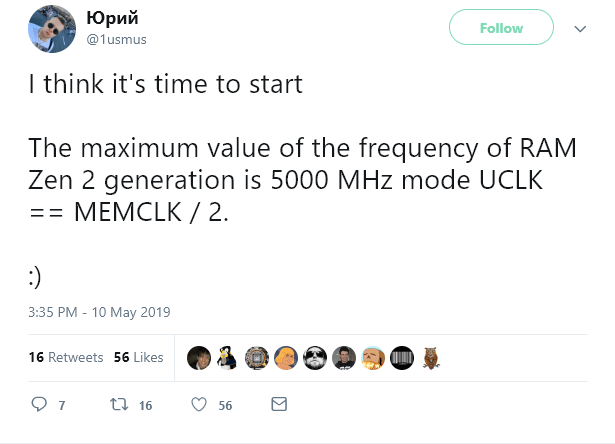