Microsoft announced major Windows Update related changes today; the company wants more time to test the next feature update for Windows 10 and has made the decision to release it at the end of May 2019 instead of March / April 2019. Starting with that release, feature updates won't be downloaded and installed on compatible systems anymore immediately after availability (in other words, they are not forced onto systems immediately after release anymore).

Mike Fortin, Corporate Vice President Windows, explains that Microsoft wants "to be confident in the quality of the May 2019 Update" and that the decision was made to extend the time the update will be tested before release.

The May 2019 Update will be available in the Release Preview Ring starting next week. Microsoft plans to make it available to a broader audience from late May onward (note that this includes admins who use "check for updates" this one last time).

What may be even more interesting from a user's and administrator's point of view is that the company announced a major change in regards to feature updates.

Feature updates were released twice a year previously; when Microsoft deemed that a system was ready for update, it would push out the update to the system automatically. Users could start the update to the new version manually by clicking on the "check for updates" button in the Windows Update interface, or by using other tools to upgrade.

Starting with the May 2019 update, "users will be more in control of initiating the feature OS update" according to Mike Fortin.

Means: Microsoft plans to change how and when feature updates are delivered to (home) customer devices.

The company plans to split feature updates from general update checking on Windows 10 devices that run the May 2019 update or newer versions. 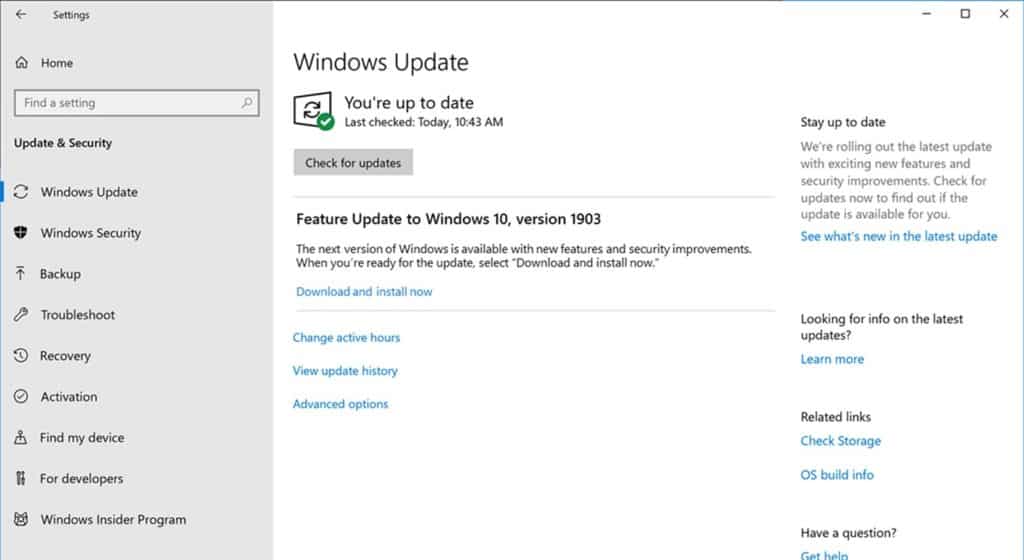 The "check for updates" option won't check for  feature updates anymore so that only monthly quality and security updates are downloaded and installed on Windows 10 devices when the button is used by a system administrator.

Windows Update displays when new feature updates are available separately. Administrators may select to download and install these feature updates but they don't have to according to Microsoft so that they may stay on the current version as long as it is supported. Windows 10 version 1803 and 1809 will feature that option "by late May" as well according to Microsoft.

Microsoft says that there won't be any pressure to upgrade until the particular version of Windows 10 reaches end of support. Windows 10 may still notify users when new feature updates are available for the machine.

The May 2019 Update introduces other major update-related changes. Administrators may pause updates for a period of up to 35 days separated into chunks of seven days at a time.

Active Hours, a feature designed to block automatic restarts by Windows Update may adjust the time range based on device usage patterns. The default time period, from 8 a.m. to 5 p.m. worked well for Office workers but not so well for home use. 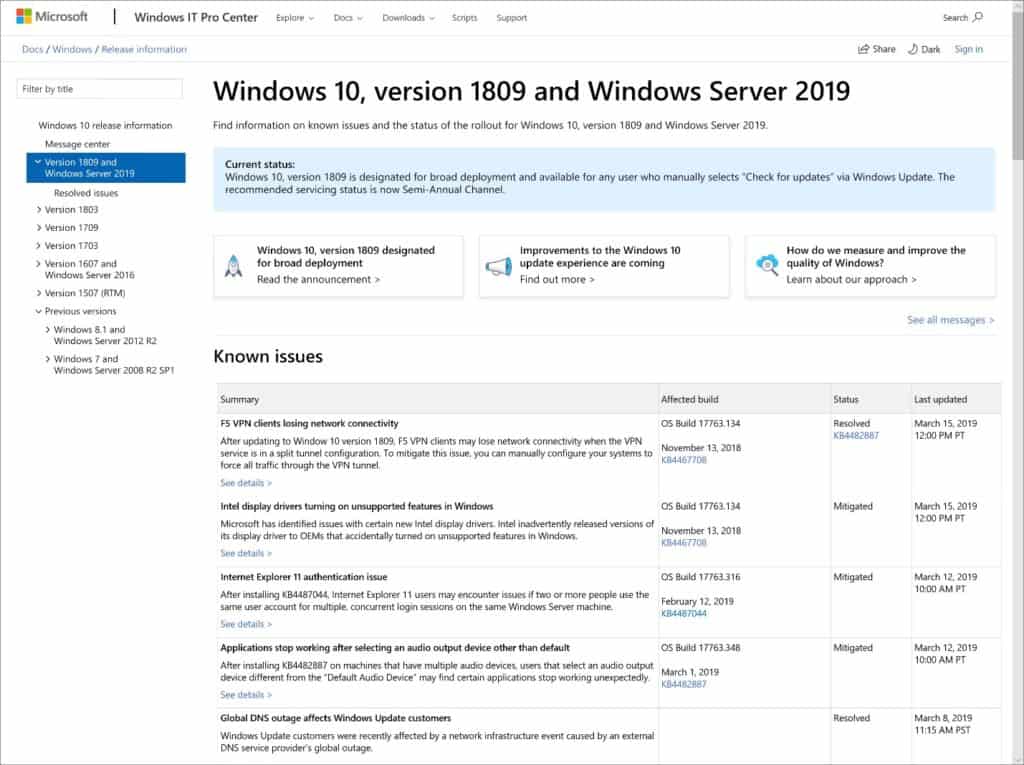 A new Windows release health dasbboard will be released in April 2019 to provide system administrators and users with "near real-time information on the current rollout status and known issues (open and resolved) across both feature and monthly updates".

Details for each Windows 10 version will be represented on one page that can easily be searched by keyword, including important announcements, new blog posts, service and support updates and other news.

The changes make a lot of sense. Microsoft needs to get the May 2019 Update right the first time it is released to avoid another feature update release disaster. The Windows 10 version 1809 feature release went terribly wrong which delayed the full rollout of the new version of Windows 10.

Delaying the release for some additional testing is the right decision; most users, admins and companies would not mind, probably, if the testing would even take longer than that provided that the final release version is as stable as it can be.

Removing feature updates from the check for updates functionality and no longer enforcing the installation of feature updates when they become available are two important steps as well to improve reliability and quality.

While I would like to have seen a reduction to one feature update per year instead of two, the changes are a step in the right direction.