First, to administrators of Windows who deploy it actively, then after a while on systems automatically provided that automatic update functionality has not been turned off.

The release of Windows 10 version 1809, the last feature update for Windows 10, has shown that things can go terribly wrong even with all the Insider build testing and Microsoft's focus on data analysis.

There is no guarantee that the new feature update will offer a smoother experience and that is the main reason why administrators and users may want to defer the installation of the update. Instead of being among the first to upgrade to the new version and participate in what some call a second beta phase, it seems more reasonable to watch from the second row how things unfold.

It is a good idea to defer the update unless you need to install the new feature update version as soon as possible.

While you may use the Settings application to defer the update, it is recommended that you configure the deferral using the Group Policy editor instead as this option will remain available (it seems as if Microsoft will remove all deferral options from the Settings app in Windows 10 version 1903). 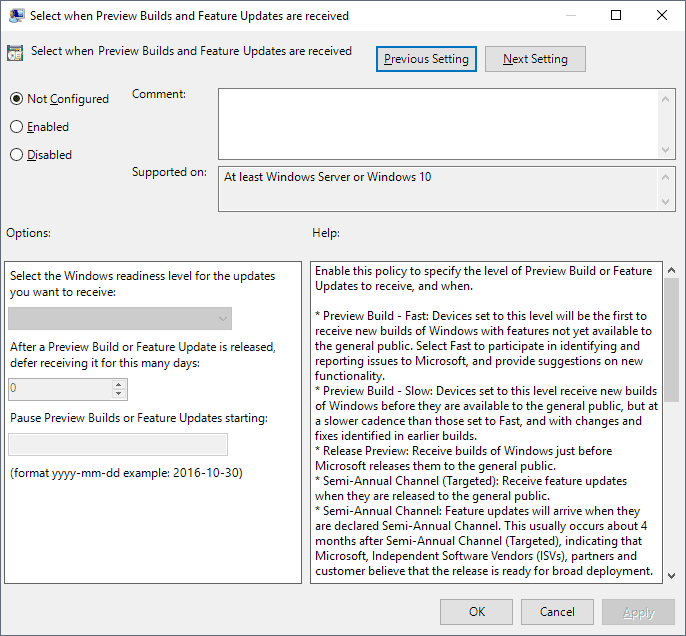 Doing so blocks the automatic installation of the feature update on the PC for the select number of days.

Home system administrators can't use that option. They may either make changes to the Registry directly, or try and set the connection to metered. How that is done is explained here.

Third-party tools like StopUpdates10 or Windows 10 Update Switch may also be worth a try.