I guess I'm just a hater.

"We saw it happen three times with Win10 1709. Now we’re getting reports of Win10 1803 being pushed to Pro PCs with “branch readiness” set to Semi-Annual Channel -- the setting that’s supposed to specifically keep 1803 away until it’s ready."

If this weren’t so infuriating it’d be heartbreaking. According to multiple reports, Microsoft is pushing Windows 10 version 1803 onto PCs that are specifically set to bypass the upgrade until it’s declared fit for business use. Susan Bradley has details.

In particular, the people 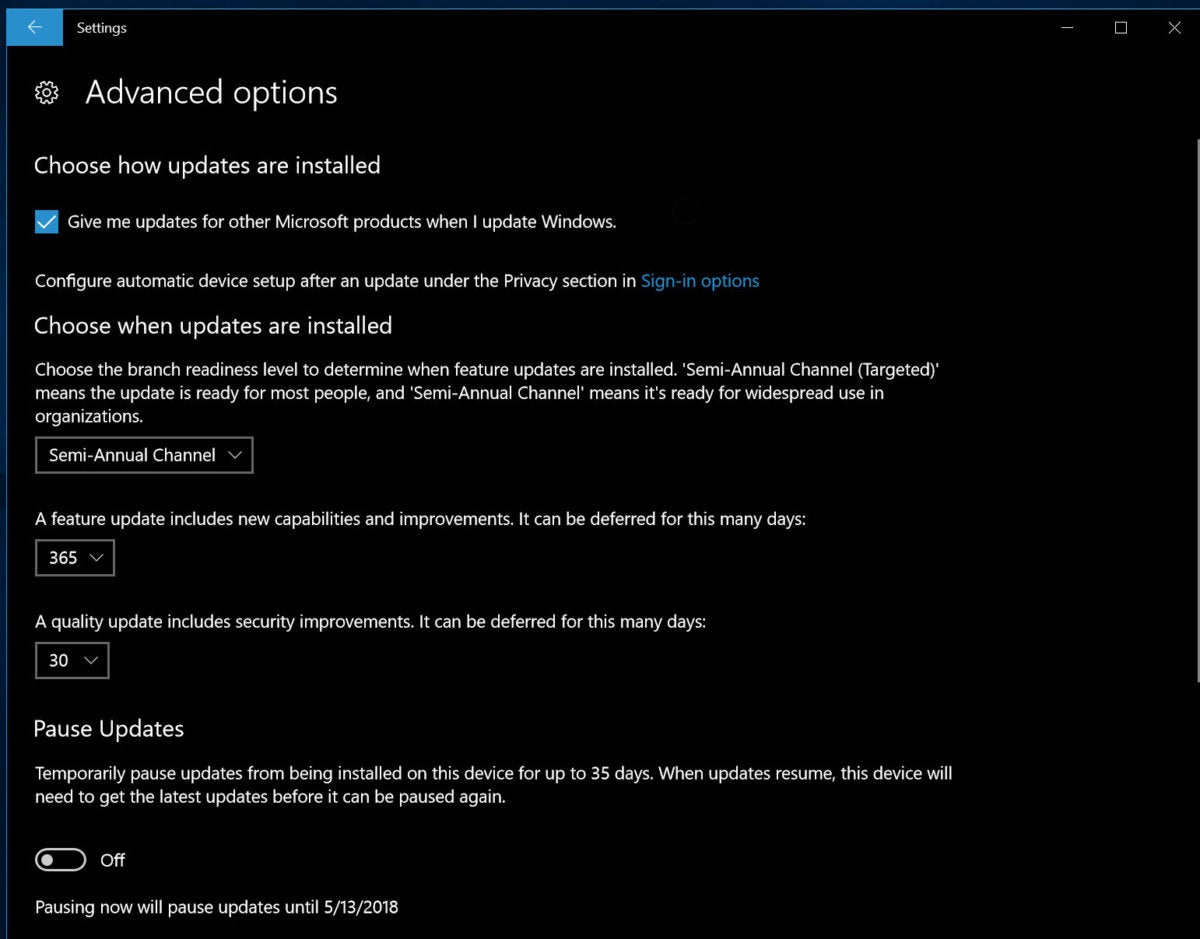 Users complaining of a forced 1803 upgrade have set the “Choose when updates are installed” advanced update option to “Semi-Annual Channel."

In Microsoft’s mixed-up world of update terminology (which has changed at least three times in the past year), “Semi-Annual Channel” – formerly “Current Branch for Business” – is supposed to delay upgrades until Microsoft determines that the new version of Win10 is fit for human consumption, or, presumably, paying business customers.

This comes on the heels of the original rollout three weeks ago, when those with the temerity to “Check for updates” were deemed seekersand treated to an upgrade with no option to stop it. It seems “Check” has a different meaning in Win10 update terminology.

Those who don’t have branch readiness set to “Semi-Annual Channel” – including all Win10 Home customers, who can’t set branch readiness – are considered cannon fodder, ready for the unpaid beta testing phase whenever Microsoft sees fit.

[ Got a spare hour? Take this online course and learn how to install and configure Windows 10 with the options you need. ]

In the past, Microsoft has said that it takes about four months to get their final, best version of Win10 debugged to corporate standards. Now, the length of delay – and the method for notifying folks that the new version has passed muster – is open to debate. The method and delay have changed with each of the Win10 versions (1507, 1511, 1607, 1703, 1709) that we’ve seen.

It isn’t clear at this point if those being upgraded to 1803 have set their Diagnostic Data level to zero. We’ll keep you posted as we hear more.

Bradley recommends that you use wushowhide to search and destroy the upgrade before it gets installed. Of course, you have to remember to run wushowhide prior to clicking the “Check for updates” button. Every. Single. Time.

Scratch that upgrade itch on the AskWoody Lounge.