2 days ago I installed the newest drivers through AMD Radeon settings, everything went fine, restarted and later started gaming. I soon noticed that after a few minutes of game play, a 5-10 second freeze would occur and it would continue to happen every 10 minutes, sometimes crashing. It also caused in-game artifacts like horizontal lines while in the menu and weird boxes with many colors in it around certain text's (War Thunder). Same thing occurred in the newest Hitman game, it froze even faster, almost instantly after loading into the game. I noticed that the VRAM usage would drop to almost 0 and would recover back to almost the same levels of usage just before it unfroze. Removing the drivers with DDU and reinstalling did not help. I tried removing the drivers again with DDU and going back to 17.9 and it still continues to happen.

Picture from MSI Afterburner monitor, the drops in VRAM usage is when the freezes would occur. 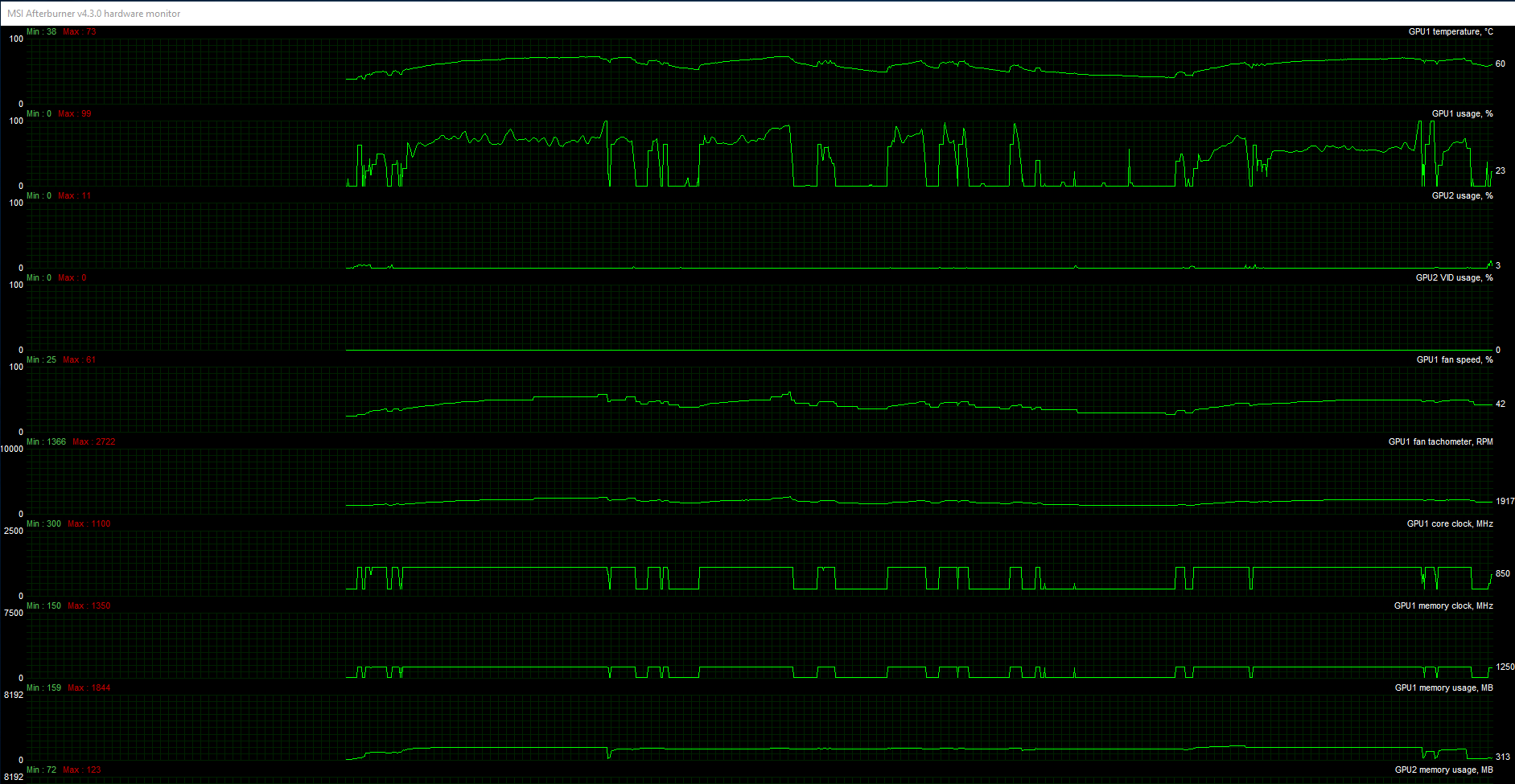