and don't know why would you do not love AMD ,here is a little History ...Keep doing what you're doing is Doing the Best out off you , HAPPY HOLIDAYS & MERRY CHRISTMAS .. 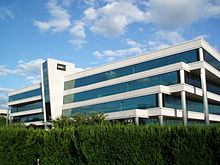 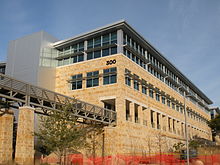 Advanced Micro Devices was formally incorporated on May 1, 1969, by Jerry Sanders, along with seven of his colleagues from Fairchild Semiconductor.[7][8] Sanders, an electrical engineer who was the director of marketing at Fairchild, had like many Fairchild executives grown frustrated with the increasing lack of support, opportunity, and flexibility within that company, and decided to leave to start his own semiconductor company.[9] The previous year Robert Noyce, who had invented the first practical integrated circuit or microchip in 1959 at Fairchild,[10] had left Fairchild together with Gordon Moore and founded the semiconductor company Intel in July 1968.[11]

In September 1969, AMD moved from its temporary location in Santa Clara to Sunnyvale, California.[12] To immediately secure a customer base, AMD initially became a second source supplier of microchips designed by Fairchild and National Semiconductor.[13][14] AMD first focused on producing logic chips.[15] The company guaranteed quality control to United States Military Standard, an advantage in the early computer industry since unreliability in microchips was a distinct problem that customers – including computer manufacturers, the telecommunications industry, and instrument manufacturers – wanted to avoid.[13][16][17][18]

In 1971, AMD entered the RAM chip market, beginning with the Am3101, a 64-bit bipolar RAM.[22][23] That year AMD also greatly increased the sales volume of its linear integrated circuits, and by year end the company's total annual sales reached $4.6 million.[20][24]

In 1977, AMD entered into a joint venture with Siemens, a German engineering conglomerate wishing to enhance its technology expertise and enter the U.S. market.[40] Siemens purchased 20% of AMD's stock, giving AMD an infusion of cash to increase its product lines.[40][41][42] That year the two companies also jointly established Advanced Micro Computers, located in Silicon Valley and in Germany, giving AMD an opportunity to enter themicrocomputer development and manufacturing field,[40][43][44][45] in particular based on AMD's second-source Zilog Z8000 microprocessors.[46][47] When the two companies' vision for Advanced Micro Computers diverged, AMD bought out Siemens' stake in the U.S. division in 1979.[48][49] AMD closed its Advanced Micro Computers subsidiary in late 1981, after switching focus to manufacturing second-source Intel x86 microprocessors.[46][50][51]

Total sales in fiscal year 1978 topped $100 million,[43] and in 1979, AMD debuted on the New York Stock Exchange.[21] In 1979, production also began in AMD's new semiconductor fab in Austin;[21] the company already had overseas assembly facilities in Penangand Manila,[52] and it began construction on a semiconductor fab in San Antonio in 1981.[53] In 1980, AMD began supplying semiconductor products for telecommunications, an industry undergoing rapid expansion and innovation.