This is my gaming PC. I call it the “beast” because it features AMD’s fastest, meanest, best FX processor ever! The mighty FX-9590 8-Core CPU! In addition, you can see I’ve installed an R9 295X2 GPU – the other beast, since it is the fastest graphics processor you can buy! As for the final touch, I’ve added Red LEDs to ensure it shines beautifully in the dark!

Re: The Red Beast

Fantastic rig, along with nicely guided and neatly managed cabling, good job! I noticed an incorrect component listing within your specifications in regards to your power supply that I thought you may not have noticed. In the specifications, you have a Fractal Design Tesla R2 800W Power Supply yet, in the image you clearly have an EVGA 1300W G2 Super Nova. I figured you may want to correct your listing to correspond with your actual specifications. Wouldn't want you to leave that beastly psu out of the mix! I have the same psu and it's price to performance is amazing! Anyways, another discrepancy I noticed is your gpu is listed as a PowerColor Turbo-duo Radeon R9 290X yet, within the image you have a Radeon R9 295x2 which, is also stated as such in the description. Last but, not least in the description you have your cpu listed as an AMD FX-9590 yet, in the specifications you have your cpu listed as an AMD FX-8350 Unclocked Processor.

Anyways, thought you'd like to now, great rig once again and I wish you well. Have a nice day.

That sure is one powerful monster to love!

And it indeed looks so as well 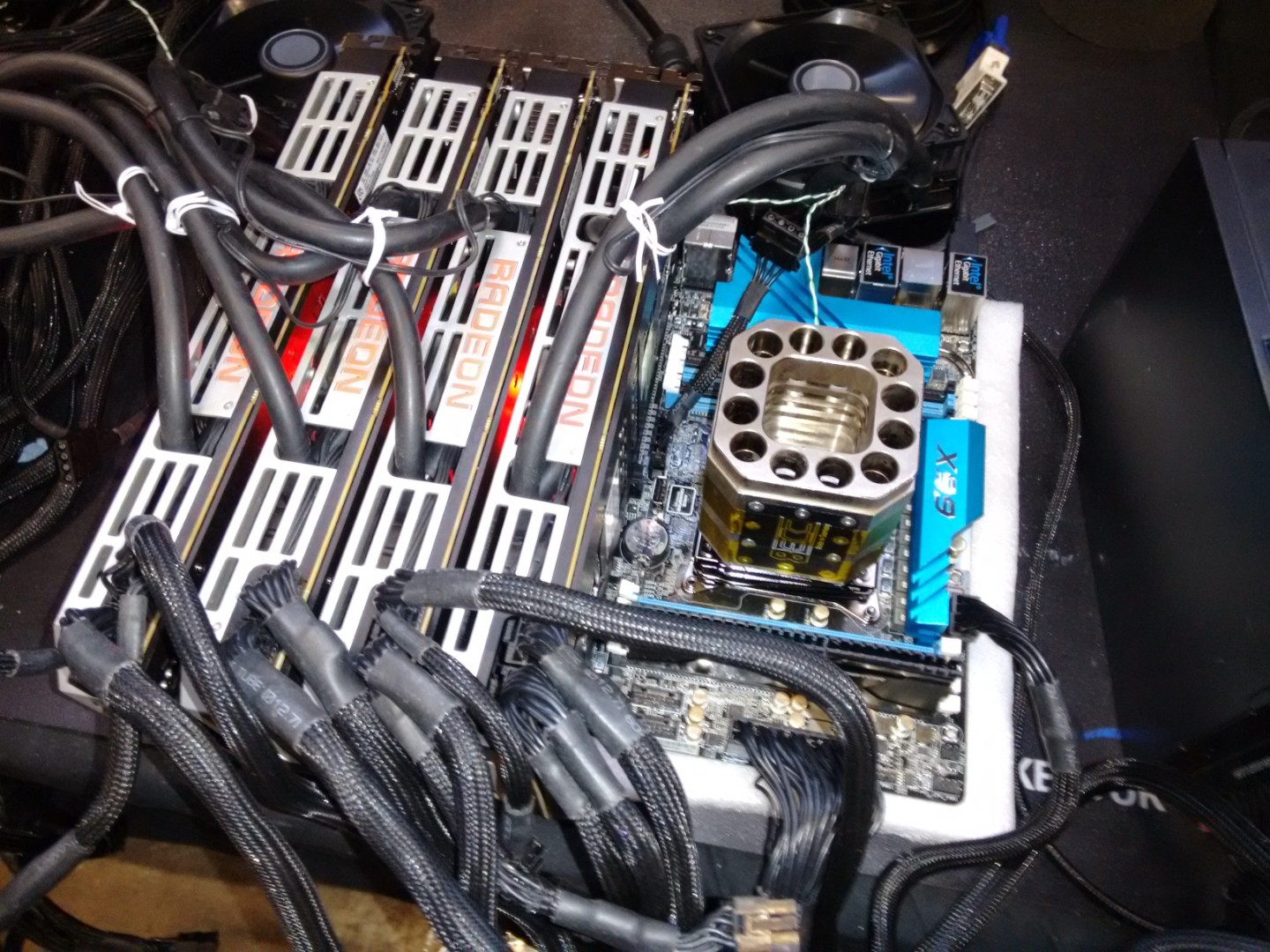 First I'd like to thank you for the compliment and being part of this community. My name is Sam (AMD's Community Manager)...nice to emeet you!

Second, and to be completely honest with you

, the above rig belongs to one of our Red Team Plus members. His name is Benedict Corpuz (@superben). I used his rig as an example since it's one of my favorites. I will share your message with him as I'm sure he'll be flattered by it.

Have a great day!

Still envy you for that amazing looking piece of pure power

Skip Fiji and wait until HBM2 in presumably 2016.

Depending on its price i may even go for a CrossFire setup!

I'm sure everyone would love to see Fiji in a CrossFire setup.

By the way, did you see the HBM blog?

Yea, and I was going to stick with my 7970 until Fiji, until AMD announced the successors of Fiji due in 2016 which will feature HBM2 with doubled speeds and quadrupled capacity (HBM1 caps at 4GB, HBM2 caps at 16GB), and will also be manufactured on the much more efficient FinFET process over 20nm of Fiji. Come then I'll  buy the water cooled x90X and possibly upgrade my CPU as well if it works in my Sabertooth 990FX Gen3/R2.

I know AMD had to generate hype, but I think they may have shot themselves in the foot a bit. However, if current speculation holds that the 390 and 390X will be the only new cards this year with the 290X being rebranded to the 380X and so forth, they won't have a stockpile of cards to liquidate. I'm sure Fiji will impress, and I'd love to have one, but I don't have the money to upgrade every year, and it'll most likely be 2017 before I can afford a 490X.