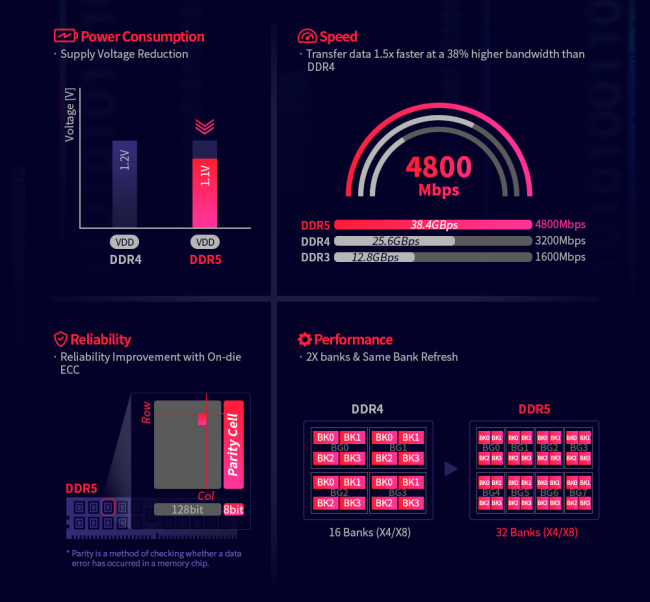 AMD has remained mute about it, but considering the Covid-19 situation, the fact that DDR5 is not supposed to be on the market in mass production until next year while Ryzen 4000 series desktop processors are due on the market as early as September, and the fact only Threadripper and EPYC will really benefit from DDR5 at first, it's quite likely going to be a DDR4 based Socket AM4 processor without DDR5 capability, with a new socket next year with Zen 4, DDR5, PCIe 5.0, and USB 4. I highly doubt it will be another Socket AM2+ situation with dual memory controller.

Thanks for the insight!

Anyway, I am very sure Ryzen Threadripper and EPYC Processors will surely love the benefits of DDR5 Memory since the applications or workloads that are catered for them are very hungry for Memory by nature(3D Modelling & Simulation, Professional Grade Graphics Design & Film Making, TV Productions, Enterprise-Grade File Management & Database Software). But I think Mainstream Ryzen Processors(Ryzen 3, Ryzen 5, Ryzen 7 & Ryzen 9) won't benefit as much or won't have noticeable benefits from DDR5 Memory.

Besides, aside from the aforementioned Dual Memory Controller of the previous AM2+ Socket, I also sincerely hope AMD will adopt Intel's concept of UniDIMM(DDR3 or DDR4 on the same Memory Slot) during the release of Skylake when PCs are transitioning from DDR3 to DDR4 Memory. Intel's initial version of UniDIMM were only available to Skylake Laptops/Ultrabooks(DDR3L[Low Voltage] or DDR4) but it never became available on Skylake Desktop Motherboards and Skylake Desktop Processors only support DDR4.

If AMD can guarantee that existing DDR4 Memory Modules(including mine) will continue to be compatible and supported as well on future iterations of Ryzen Processors and AM4 Socket Motherboards, I will completely ditch Intel's products as well as I will also terminate my fanboyism to them.