The Wolfenstein (2009) graphics of Tesla are broken, need help!

Been wanting to play this game for decade now, and I've finally managed to get this underrated Gem! Game works great, except one thing... The lightning of the the Tesla cannon, they look broken. For some reason they have square-like appearance and look as if something in the graphic engine did glitch out. Here are a few examples: 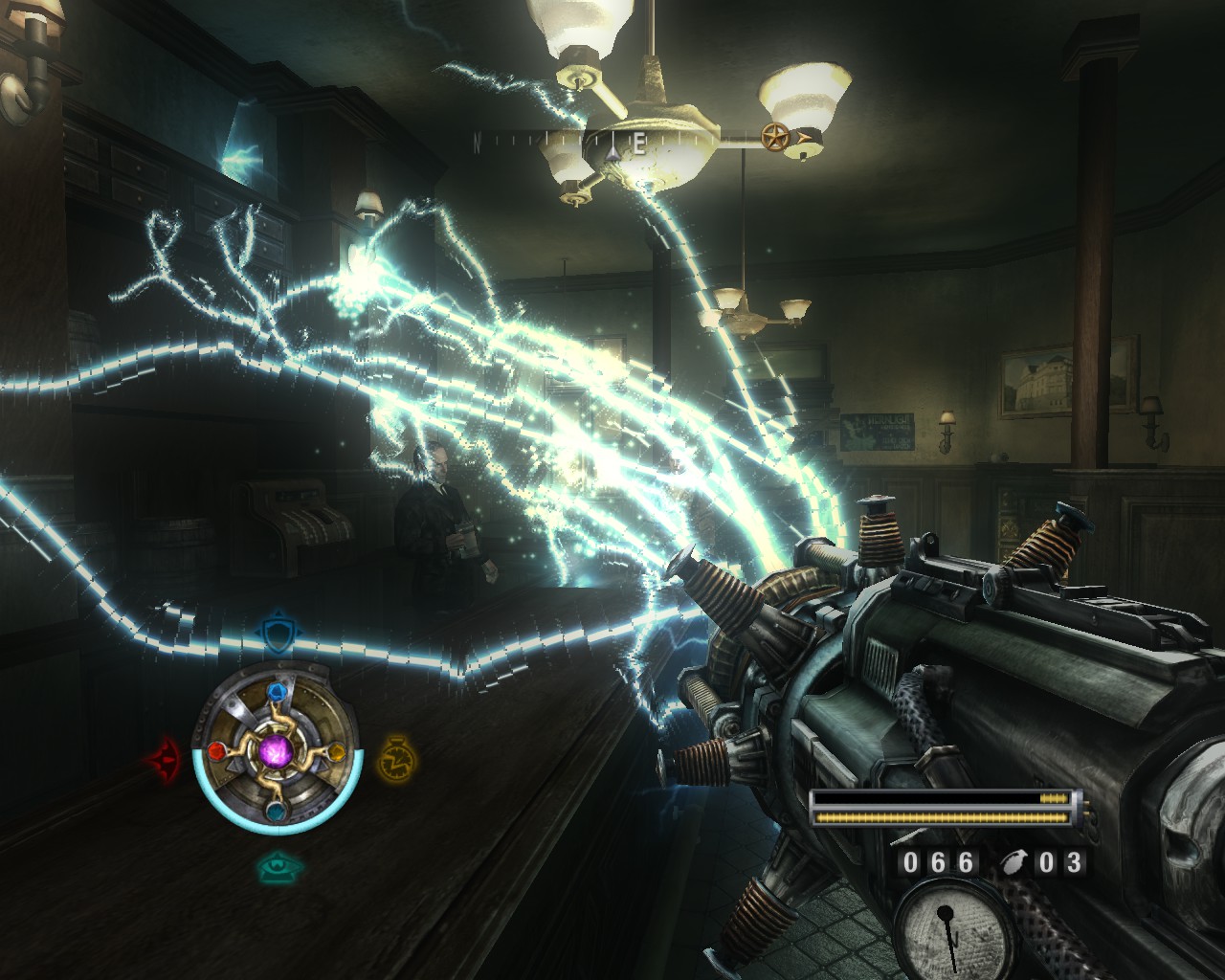 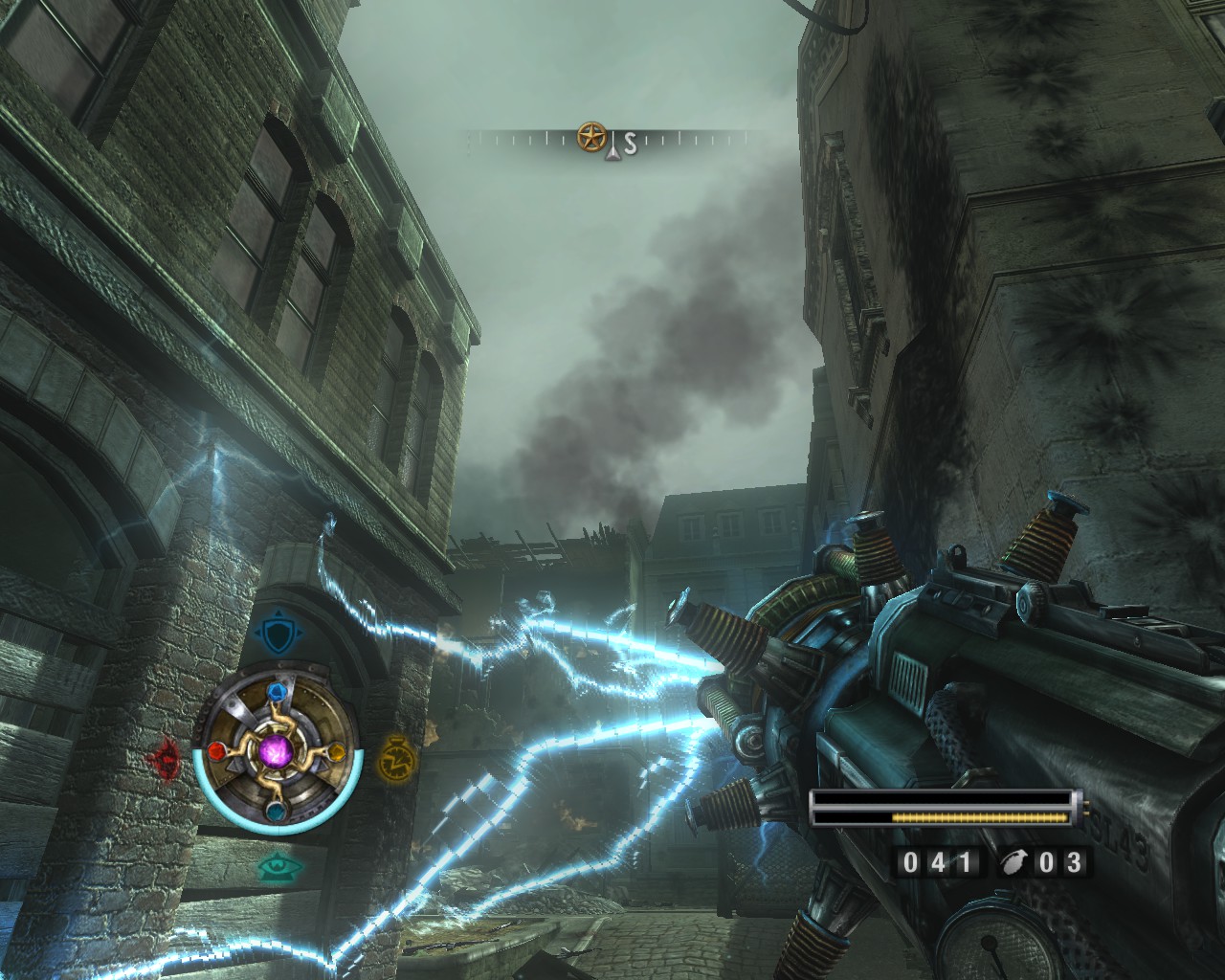 After checking various videos on youtube, it appears I'm basically the only one who have this issue. It's really saddening me as I've been wanting to play this game for decade, and primarily mostly because of the Tesla Cannon and it's most awesome electricity effect and possibly the best lightning behavior in the history of video game.

All of the settings are put on maximum resolution

1.2 patch installed, i.e. the last patch of the game. Bought the game on DVD for PC.

AMD card: Radeon HD 6670, released after few years after release of The Wolfenstein (2009).

Drivers: tried to update and download + install both Catalyst and Crimson from https://www.amd.com/ru/support/graphics/amd-radeon-hd/amd-radeon-hd-6000-series/amd-radeon-hd-6670 official AMD driver website. Didn't seem to work out.

How to solve this issue?? Please help! Perhaps I need to install some specific driver that is made specifically for this classic Wolfenstein game?