In Need for Speed Underground 2 (using latest, 1.02 patch) the crowd has incorrect color (and in certain camera angles before the race starts, the road is white) 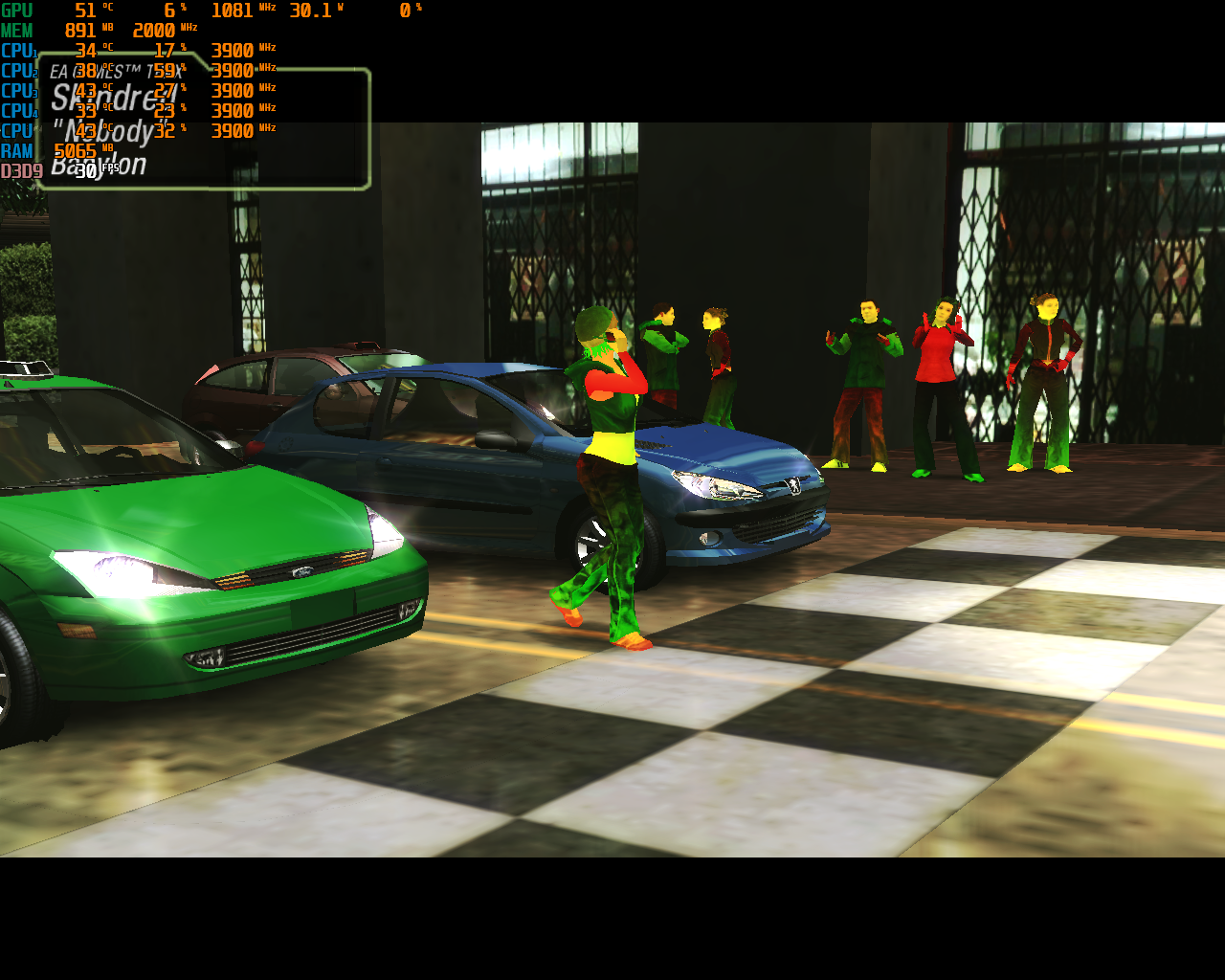 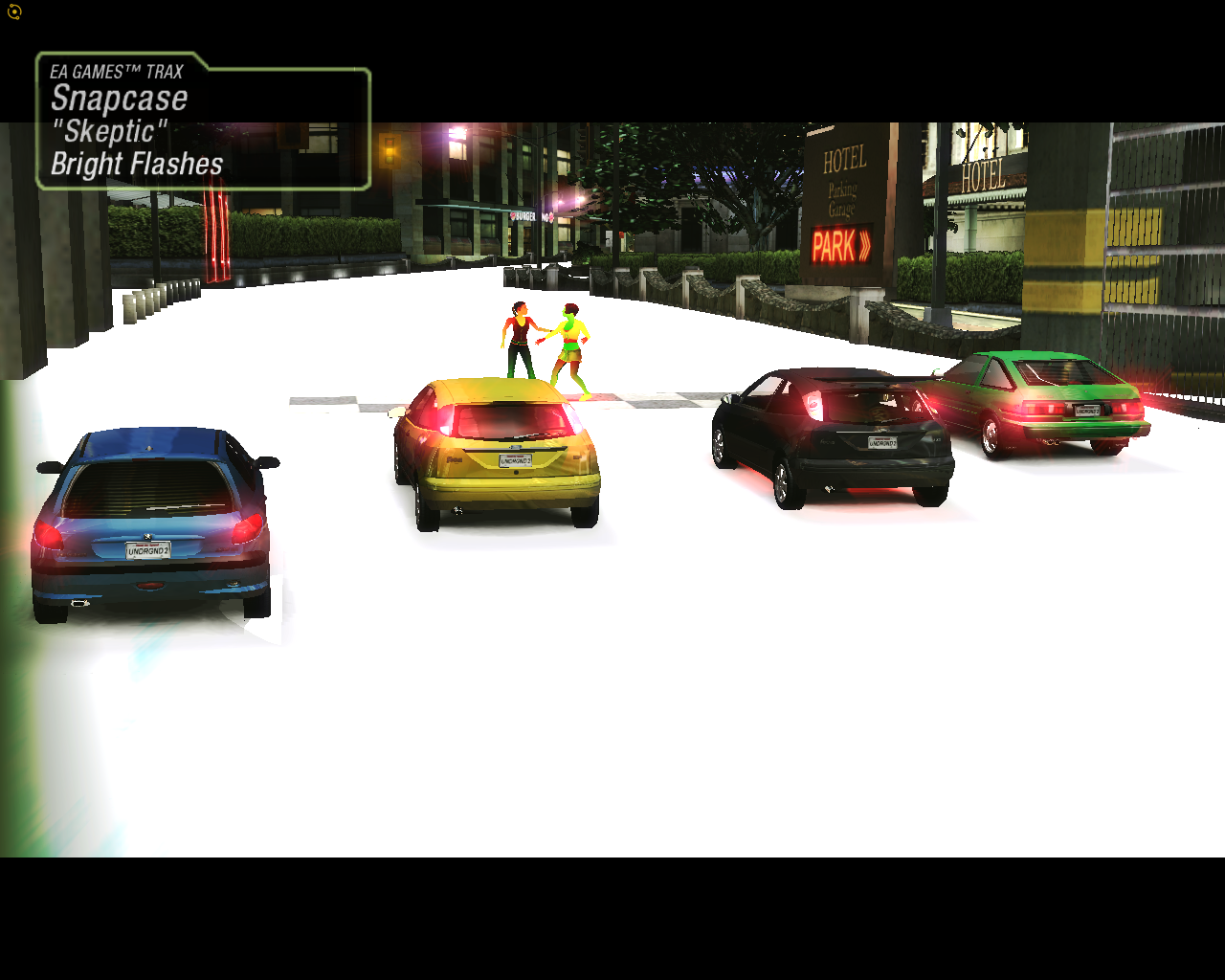 How to reproduce: run the game and start a race. (always happens, graphical settings doesn't matter)

If I use a D3D -> OpenGL wrapper(WineD3D For Windows - Federico Dossena ), issue doesn't happen. (but of course this isn't optimal, game is slower with this)

Please use the OpenGl wrapper method suggested above since it allows you to play the game.

Current drivers are so optimized for DX11/DX12/Vulkan, that in Vulkan, primitive restart is broken on every RX4xx, RX5xx, Vega card (and according to some programmers, its a possibility that its broken hardware wise) xD (and you guys doesn't seem to care)

Also I would gladly use OpenGL wrapper, if drivers wouldn't be so bad, that even an RX480 performs like a very old card. (slow opengl issues have been already reported a very long time ago, its still slow)

Oh and also OpenGL drivers are broken as hell, in apps that would really use OpenGL lots of things either need to be disabled featurewise, or need a workaround so it won't crash the broken driver and\or cause even more slowdown.

If AMD is serious with this answer, then this was my first and last AMD GPU, I'm so disappointed, I thought AMD is a better company after I got pretty much screwed over with GTX970 that was really broken (if a game hit 3.5GB vram it would crash the driver), and I was in the mindset that an AMD card would be good for long term...

hey man, dont expect to old games to be optimized this days, try workaround with a VM (Virtual Machine) you use any OS that you like and can play old games on that, maybe this is the best way to troubleshoot anything...

I had the hd7850 playing this game around in 2016, it was all right. directx 11-12 has already been. The time has passed and I have now R7370 and faced exactly the same problem. Problems in your drivers. Excuses in the form of an old game for some reason for intel are not significant and on their map I'm working fine.