I have a problem with my system for quite a time now: 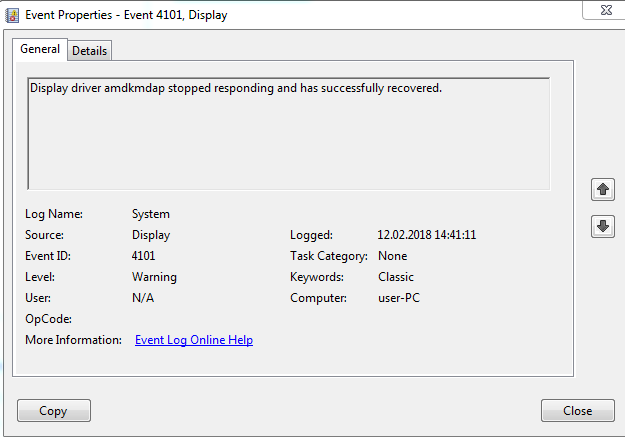 When this happens my game and additional monitors turn black and the game doesn't show anything. Sound works fine and i can still move in the game but it shows my desktop.

When i then try to open the Radeon settings it also an empty window which soon after turns white because it crashed. But the problem also occurs when I don't reopen the program.

It happens in almost any game Fullscreen and windowed:

I know many have this problem and have read countless of topics about this but nobody seems to have a solution that works.

Maybe someone here know this problem.

Thank you in advance for your help!

P.S.: it really happens a lot (More often than shown here i dont know why the gaps between some days are so big) 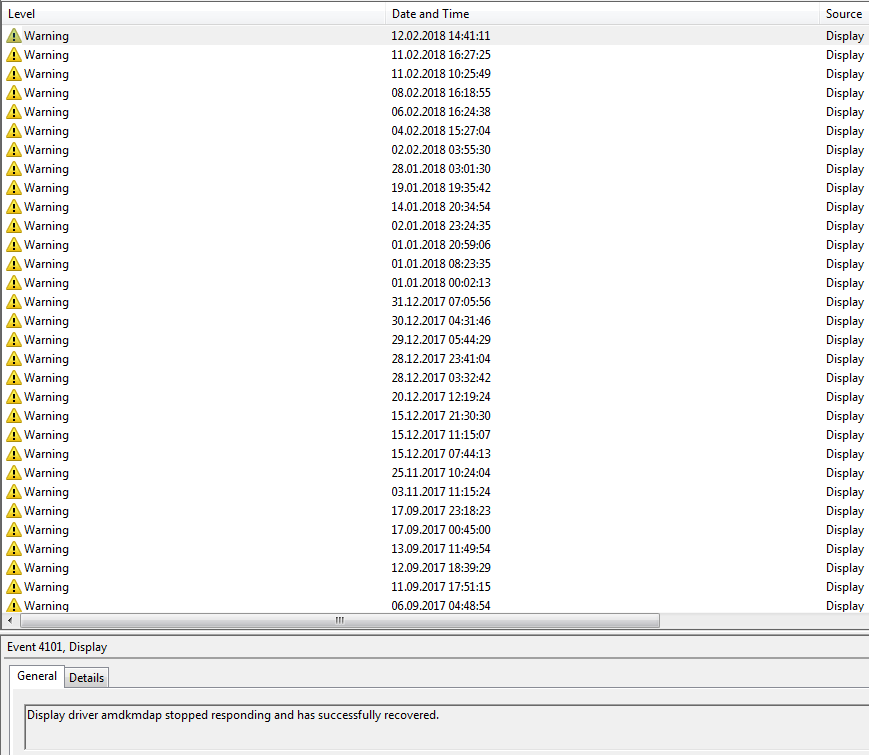 Why are you using a 280X and an RX 480 at the same time? Have you stress tested each individually? What does AIDA64 say your +12v voltage is?

By stress testing individually do you mean running a stress test on a single GPU while both are inside the system or one inside at a time.

I've run 3dmark and Furmark with both inside, didn't crash or anything. Since it does crash in many differnt games even in games with low demands like cs:s i dont think its a power problem.

I run 2 GPUs because i have 4-5 Monitors and my 280X only has 4 output and i wanted to take off some load of my primary GPU (connected to my primary monitor for gaming) by using my 280X for the other monitors. Atleast some VRAM. It gained me around 20% FPS.

Ok thanks for all the help but one last question if you don't mind, how would i fix that? New/higher PSU?

New PSU is the only solution. Corsair PSUs carry a long warranty, 7 years for the HX and 10 years for the RMi series, so it should still be under warranty.

I've contacted Corsairs ticket system and got the following response: "The voltage from your psu is normal. Do you have other psu that you can try and see if the problem will persist?". Now I have bought myself a new PSU (1200W AXi) and just connected it and will try again.  The voltages are the exact same though 11.88 (sometimes spiking to 11.968) I think it's my mainboard limiting or something. But even Corsair said it's normal. Gonna write again if the problem persists.