amdmatt​ I hope you don't mind me tagging you in this again, though I think it would be useful to provide AMD with feedback on the last few driver updates.

18.9.1-18.9.3 from bootcampdrivers.com works perfectly on my M295X in a now ageing iMac 5k from 2014, however the same versions have issues with the newest iMac 5k with the Radeon Pro 500 series graphics cards. 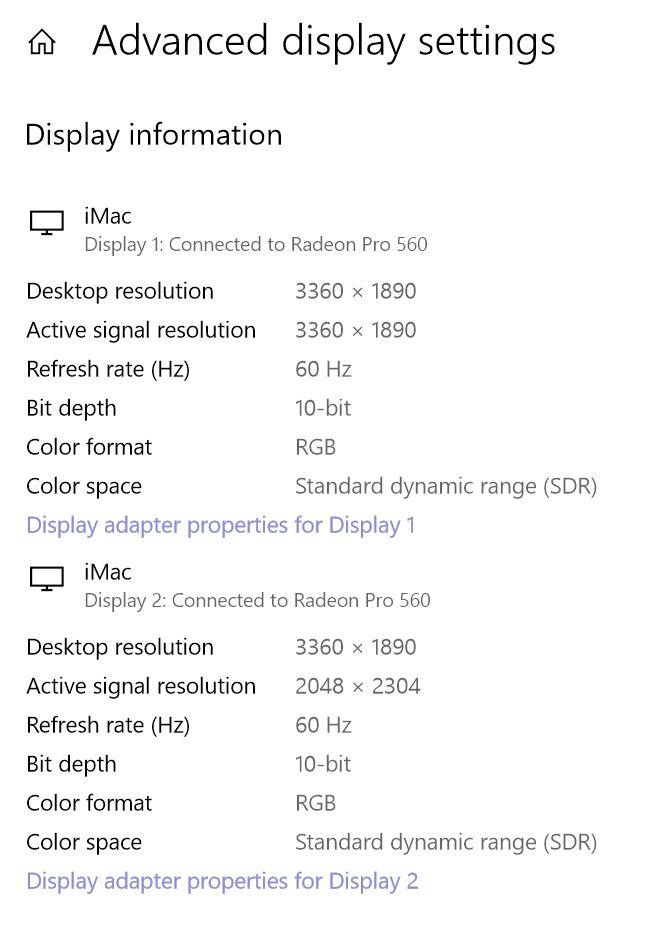 The issue was not present in 18.8.2 i.e. that version works perfectly for the iMac with Radeon Pro 500 series.

I know the iMacs feature two timing controllers and it seems a bug in the driver is resulting in a failure to merge the two together.

The issue affects all variants within this 500 series, though does not affect older Macs with M200 and M300 series graphics cards.

It also does not affect the MacBook Pros with similar GPUs as they are not capable of displaying 5k resolution natively on the built-in display.

Again I would like to stress that I do not modify the kernel, .dll or .sys files in anyway I just provide the full necessary installer code for the graphics cards.

Hopefully this can be fixed for the next release?